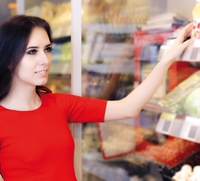 23 Jan 2018 --- The European Consumer Organization, BEUC and its member organizations from 11 countries (see below) are denouncing what it calls “the EU Commission’s long-standing failure to clear the market of bogus food claims.” It is common to see foods and drinks loaded with sugar, salt or fat with nutrition claims such as “high in fibers,” “B vitamins” or health claims like “boosts your immune system.” Those messages give: “a healthy halo to unhealthy products and mislead consumers as to the actual nutritional content of the food they buy.”

To halt these “unacceptable practices,” 9 years ago, the European Commission was due to publish criteria – called “nutrient profiles,” on the basis of Regulation 1924/2006. These maximum thresholds would act as “filters” preventing unhealthy foods from displaying bogus claims. However, the publication of those profiles has not happened yet. BEUC is calling on the EU to act now to avoid celebrating a 10-year delay in January 2019.

The consumer group has unveiled dodgy claims that members have found on powdered drinks across Europe. They have been publishing a photo gallery of “misleading claims” across Europe on their site.

“We launched this online action on twitter because we want to flag the fact that the commissioner has been 9 years late in publishing those profiles. They are a secure way to ensure that consumers are only exposed to food that is as healthy as it is in reality,” Pauline Constant at BEUC tells NutritionInsight.

“At the moment we can see that in all examples we highlighted around Europe, many of them mislead consumers as they give a healthy halo and present foods in a much healthier way than they actually are. In the context of the obesity epidemic, it is crucial that consumers are only offered foods that are as healthy as they are claimed to be,” she notes.

The group notes that many food and drink products specifically target children and even children. Many boast nutrition and health advantages but they're often high in sugar, fat or salt. They flag products such as Danone’s Actimel Kids, which features a “vitamin D for the immune system claim” but features 10.6g sugar/100g. Kellogg’s Coco Pops Choco has the claim "Iron, B vitamins, vitamin O, protein," but contains 29g sugar. Nestle’s Fruttolo yogurt (Italy) is promoted as a "source of calcium, vitamin D, bone development," but contains 13.7g sugar per portion.

Hot drinks are powdered drinks that often boast to contain calcium, vitamins or to support growth. However, they are also loaded with sugar. For example, Cola Cao (Spain) contains “30% of recommended daily nutrient for development” but also 59g of sugar.

“The producers do put some minerals and there are lots of fibers in these products, but these ingredients get much more publicity than the actual amount of sugar,” says Constant. “So there is a distortion between how these beneficial nutrients are presented and the fact that the others like sugar and fat are only presented on the back in small characters, while these claims are put on the front in big colors. Of course, at the moment it is more of a marketing technique from producers to put a healthy halo on their foods.”

“So we really hope that the commission will not celebrate its ten-year delay of delaying these profiles as they act as a filter those foods that do not deserve to bear such claims,” she adds.

Constant stresses that they are in favor of functional foods if they are scientifically supported. “The foods that we have flagged contain too much sugar and fat to be beneficial to consumers. That’s the problem. The amount of sugar would overtake the benefits of the fibers, vitamins, calcium etc.”

In the regulation, Article 27 sets out the transitional measures, taking into account they were due to be published in January 2009. It notes that: “Foods placed on the market or labeled prior to the date of application of this Regulation which do not comply with this Regulation may be marketed until their expiry date, but not later than 31 July 2009. With regard to the provisions in Article 4(1) [nutrient profiles], foods may be marketed until 12 months following adoption of the relevant nutrient profiles and their conditions of use.”

A spokesperson for BEUC therefore pointed out to NutritionInsight that a 12-month transition period would therefore comply once nutrient profiles have been adopted. “Though this would not mean that as soon as the Commission has published their draft, the 12-month countdown would start. After the Commission has published the proposal it would have to be adopted by a Comitology Committee [which can take time as there is no deadline between Commission proposal and committee vote] and then approved both by the Council and the European Parliament. Only then would the 12-month countdown begin.”

The term “nutrient profile” refers to the nutrient composition of a food or diet. The purpose of establishing nutrient profiles is to prevent the use of claims masking the true nature of food products, e.g. a lollipop claiming to be “low in fat,” or a milk bottle claiming to “boost the immune system.” It aims to prevent consumers from being misled where foods high in saturated fat, sugar or salt may be made to appear healthier than they actually are by being accompanied by a health or nutrition claim.

Nutrient profiling systems have been developed and are already used for a range of purposes in a number of countries including France, UK, Australia and US. Additionally, many companies use their own forms of profiles (criteria) when, for example, developing “healthy” ranges of products or when determining what foods can/cannot be marketed to children. One of the issues with companies “own” profiles is that they are developed in a non‐transparent manner and they differ from one company to another. Constant notes implementation would harmonize these claims across Europe.

Interestingly, some major food companies, including Nestlé , have come out in favor of nutrient profiles. Olivera Medugorac, European Affairs Manager at Nestlé S.A. tells NutritionInsight: "Nestlé believes that EU-wide nutrient profiles for claims will motivate industry to invest in healthier products. Today, we have different national solutions to the same problem. Replacing this by one strong EU-wide framework will create a level playing field and encourage competition, to drive innovation in nutrition. Nutrient profiles will, therefore, lead to a triple win – healthier products for more than 500 million Europeans, savings for the public health sector and better business for the industry."

The news comes as today in the UK, the Food and Drink Federation (FDF) publishes first of its kind Guidance on Comparative Nutrition Claims. The document provides detailed best practice guidance on the requirements and appropriate wording for comparative nutrition claims to be used in the labeling and advertising of food and drink products.

The FDF industry guidance is said to help manufacturers achieve compliance with this complex area of legislation by providing much-needed clarity on the substantiation of comparative nutrition claims. The appropriate use of comparative nutrition claims can effectively communicate to consumers when a nutritional profile has been significantly improved as a result of reformulation. It can also serve to communicate a product’s nutritional position relative to the average profile of products available on the market.

Helen Munday, Chief Scientific Officer, Food and Drink Federation, said: “Comparative nutrition claims can help consumers make healthier choices. FDF’s new guidance goes much further than anything currently available in the area of comparative nutrition claims and aims to create a level playing field within the food industry. We are providing industry with the tools to use these claims in a compliant and consistent way, which can help to showcase ongoing reformulation work.”

Tim Baxter, Deputy Director – Healthy Behaviours, Department of Health, said: “This step by step guide by the Food and Drink Federation (FDF) offers a consistent approach to making comparative nutrition claims. Businesses may find this helpful when considering the requirements of the legislation and in providing accurate information on their product packaging.”

A team of UK-based researchers are calling on government and industry alike to take action in slashing sugar intake in toddlers.Reformulating products and clearer... Read More

After 15 years in the pipeline, this month is expected to see the European Food Safety Authority (EFSA) issue its final opinion on nutrition and health claims (NHC)... Read More

Nestlé’s hopes of receiving a health claim related to beta-glucans in cereals’ impact on blood glucose have been dashed again as the European Food... Read More

The US Food and Drug Administration (FDA) no longer intends to object to the use of certain qualified health claims regarding the consumption of magnesium and a reduced... Read More

Hangover remedies without scientific backing prove to be a headache, warns UK review