You are in : All News > Disordered eating among young adults has long-term negative health effects: study 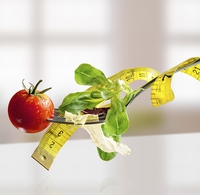 22 Nov 2017 --- Disordered eating among young adults has long-term effects on their health, according to a recent University of Helsinki study. The study showed that disordered eating among 24-year-old women and men was an indicator of higher body weight, larger waist circumference and lower psychological wellbeing as well as a lower self-evaluation of general health both at age 24 and ten years later.

“Disordered eating is often seen as harmless as it is so common. However, it seems that disordered eating may have far-reaching negative effects on the general health and wellbeing of young adults,” says researcher and nutritionist Ulla Kärkkäinen. “Even if the symptoms do not constitute a clinical eating disorder, early recognition and treatment are important, also for men.”

When all variables were considered, disordered eating at age 24 was a predictor of lower psychological well-being among both women and men as well as a lower self-evaluation of health among men ten years later.
Eating is disordered when a person arbitrarily decides when they are hungry or full, regardless of how they are feeling; weighs themselves constantly; or drinks non-caloric drinks to keep from feeling hungry. Eating can also be considered disordered if a person meticulously plans each meal long into the future, counts calories and weighs foods, follows an excessively strict diet or cuts certain foods from their diet claiming health or ethical reasons, when the real motivation is weight loss, describes Kärkkäinen.

“These results prove that disordered eating is detrimental to the physical and mental health of young adults both in the short and long term. Previous research has established that low psychological wellbeing and a poor self-evaluation of health are predictors of higher susceptibility to physical illness and mortality. To mitigate these long-term negative effects, we must recognize disordered eating early and direct sufferers to treatment,” says Kärkkäinen.

10 Jun 2020 --- Female athletes lack nutrition knowledge of what they need to consume to maintain health, which may lead to poor performance, low energy and nutrient intake, as... Read More