You are in : All News > Connections Discovered Between Masculinity, Energy Drink Use, and Sleep Problems

Connections Discovered Between Masculinity, Energy Drink Use, and Sleep Problems 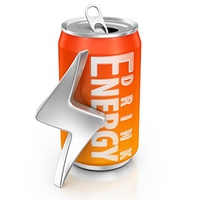 06 Nov 2015 --- Energy drinks have grown in popularity for many Americans, but there is growing concern about the health risks of consuming them in large quantities. Because men are the main consumers of energy drinks, a research team lead by Dr. Ronald F. Levant, a professor of psychology at The University of Akron, set out to study a possible link between masculinity, expectations about the benefits of consuming energy drinks, how those expectations affect energy drink use, and the impact on sleep. Their findings were published in the November 2015 issue of Health Psychology.

Energy drinks are often marketed as "masculine" drinks. Commercials and ads for them often show men engaging in high-risk, adrenaline-pumping activities such as skydiving or snowboarding. Energy drinks also sponsor many sporting events, such as ultimate fighting leagues, racing, and motocross.

"While most men who buy energy drinks aren't martial arts champions or race car drivers, these marketing campaigns can make some men feel as though drinking energy drinks is a way to feel closer to, or associated with, these ultra-masculine sports," says Dr. Levant.

The research team collected data from 467 adult men. The first survey was the Male Role Norms Inventory short form (MRNI-SF), developed by Dr. Levant, used to measure agreement with traditional masculine attitudes like, "Men should not be too quick to tell others that they care about them," and "I think a young man should try to be physically tough, even if he's not." The second survey measured expectations about the effects of energy drinks and included beliefs like, "If I consume energy drinks, I will be more willing to take risks," and "If I consume energy drinks, I will perform better." The final survey, adapted from a standard sleep quality index, measured disturbances in the men's sleep patterns, such as getting up to use the bathroom during the night or having trouble falling asleep.

Levant explains that they "found associations between beliefs in traditional masculinity, beliefs in the efficacy of energy drinks, energy drink consumption, and sleep disturbances with a few notable exceptions." Levant continues, "Older men were, more or less, exempt from the trend, and non-white men who endorsed traditional masculinity believed in the efficacy of energy drinks, but this belief didn't translate into actual use."

However, for young white men in the sample, the associations were clear. "The link between masculinity ideology and energy drink use suggests that energy drink use may be a means of performing masculinity... as a way to raise masculine capital," Levant says, noting that this performance could be a way of "demonstrating that one is consuming products that are associated with the engagement in extreme sports or an otherwise active and competitive lifestyle."

The study also argues that this link could have negative effects on men's health. Many energy drinks have high caffeine content; when consumed in excess, caffeine can accelerate the heart rate, increase anxiety, and contribute to insomnia. Men who perceive energy drinks as 'magic potions' for performance enhancement, the study suggests, are better served moderating their consumption.

Energy drinks contain very large amounts of caffeine, and the Food and Drug Administration (FDA) does not require caffeine quantities to be displayed on beverage labels," says Levant. "Because of this, some people may drink more caffeine through energy drinks than they might have intended to throughout a day, and drinking large amounts can cause problems--especially with sleep."

A Seraphina Therapeutics study has found the “second-ever” discovered full-acting endocannabinoid pentadecanoylcarnitine, referred to as PDC. The US Navy... Read More