You are in : All News > Concerns about antibiotic use and resistance, as full antibiotic course advice challenged

Concerns about antibiotic use and resistance, as full antibiotic course advice challenged 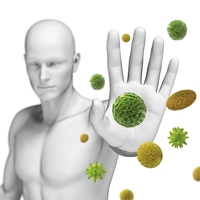 28 Jul 2017 --- The European Food Safety Authority, the European Medicines Agency and the European Centre for Disease Prevention and Control are concerned about the impact of use of antibiotics on the increase in antibiotic-resistant bacteria. A new report presents new data on antibiotic consumption and antibiotic resistance and reflects improved surveillance across Europe.

Vytenis Andriukaitis, European Commissioner for Health and Food Safety says: "To contain antibiotic resistance we need to fight on three fronts at the same time: human, animal and the environment. This is exactly what we are trying to achieve in the EU and globally with our recently launched EU Action Plan on antimicrobial resistance. This new report confirms the link between antibiotic consumption and antibiotic resistance in both humans and food-producing animals."

Experts highlight that there are still important differences across the EU in the use of antibiotics in animals and humans. Cutting their unnecessary use will have an impact on the occurrence of resistance.

Overall antibiotic use is higher in food-producing animals than in humans, but the situation varies across countries and classes of antibiotics. In particular, a class of antibiotics called polymyxins (which includes colistin) is used widely in the veterinary sector. It is also increasingly used in hospitals to treat multidrug-resistant infections. Other antibiotics are more often used in humans than in animals. These include third- and fourth-generation cephalosporins and quinolones, antibiotics that are also considered critically important for human health.

The report is the result of close cooperation between the three EU agencies, each drawing on their specific expertise and data from monitoring of antibiotic resistance and antibiotic consumption in animals and humans.

The conclusions are in line with those of the first report published by the three agencies in 2015. However, the availability of better quality data allowed a more sophisticated analysis.

Experts of the three agencies recommend further research to understand better how use of antibiotics and resistance affect one another.

The news comes as a high profile piece was published in the British Medical Journal (BMJ) on Wednesday, where a group of practicing physicians argues that the idea that stopping antibiotics early may be dangerous to the patient and society as a whole is not grounded in strong science and that policymakers, educators and doctors should drop this message.

In an opinion piece in the BMJ Martin J Llewelyn, professor of infectious diseases. “The idea that stopping antibiotic treatment early encourages antibiotic resistance is not supported by evidence, while taking antibiotics for longer than necessary increases the risk of resistance. Without explicitly contradicting previous advice, current public information materials from the US Centers for Disease Control and Prevention (CDC) and Public Health England have replaced ‘complete the course’ with messages advocating taking antibiotics ‘exactly as prescribed.’ We explore the evidence for antibiotic duration, clinical effectiveness, and resistance, and encourage policy makers, educators, and doctors to stop advocating ‘complete the course’ when communicating with the public. Further, they should publicly and actively state that this was not evidence-based and is incorrect.”

The authors argue: “The concept of an antibiotic course ignores the fact that patients may respond differently to the same antibiotic, depending on diverse patient and disease factors. Currently, we largely ignore this fact and instead make indication specific recommendations for antibiotic duration that are based on poor evidence. This situation is changing in hospital practice, where biomarkers of treatment response such as procalcitonin can guide when to stop antibiotic treatment. Outside hospital, where repeated testing may not be feasible, patients might be best advised to stop treatment when they feel better, in direct contradiction of WHO advice. Of note, a recent clinical trial found that using fever resolution to guide stopping antibiotics in community acquired pneumonia halved the average duration of antibiotic treatment without affecting clinical success. Further similar studies are needed.” 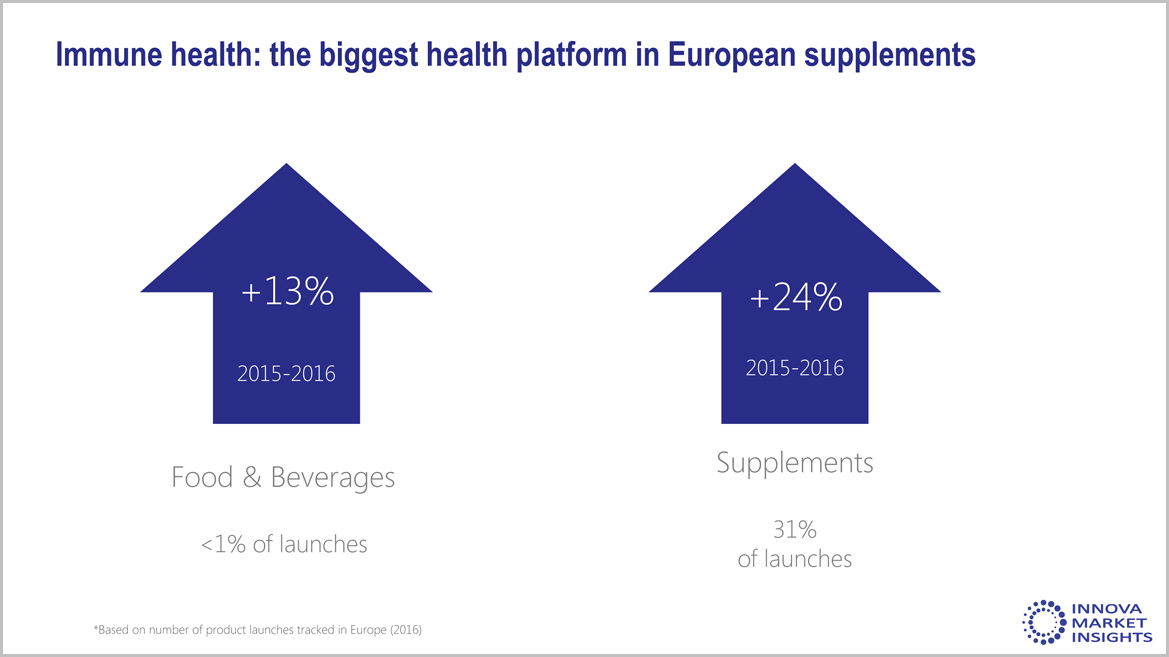 Click to EnlargeImmune health continues to dominate supplement NPD activity. An Innova Market Insights analysis of claims being made on European supplements between 2012 and 2016, finds significant growth for a number of platforms, with a particularly strong rise in products featuring immune health claims, which now accounts over 30% of new launches.

COVID-19 is boosting supplements market and could drive up prices, says PharmaLinea founder

10 Mar 2020 --- Industry expects growth in global consumer demand for supplements amid the COVID-19 outbreak, according to PharmaLinea Chairman and Founder, Blaž Gorjup. In an... Read More

03 Mar 2020 --- Several global food and beverage trade shows have been rescheduled or indefinitely postponed due to health concerns in light of COVID-19. Many companies are... Read More

02 Mar 2020 --- Seasonal interest in bolstering immunity has been heightened this year as coronavirus (COVID-19) continues to spread throughout the world. While experts warn that... Read More