You are in : All News > Cannabis for appetite suppression? THCV’s weight management possibilities flagged

10 Mar 2020 --- A cannabinoid called tetrahydrocannabivarin (THCV) could provide a novel avenue of research in diabetes and weight management thanks to its appetite-suppressing characteristics. This is according to Dutch Passion Seed Company, which has delivered its first batch of feminized THCV seed strains, which contain 6 to 8 percent THCV, to licensed producers worldwide.

As the name suggests, THCV is very closely related to tetrahydrocannabinol (THC). In high amounts, THCV has a psychoactive mood lift like THC but is known to cause more of a psychedelic effect. Moreover, many growers seek feminized seeds as only females provide the bud that is rich in cannabinoids.

“In our eyes, THCV is not a replacement for CBD but a new segment with its own uses and benefits. Appetite suppression could be a big benefit for cannabis consumers who feel the ‘munchies’ are an undesired side effect of traditional cannabis. It could even have more significant benefits in the fight against obesity,” Jouke Piepenbrink, Chief Marketing Officer at Dutch Passion Seed Company, tells NutritionInsight. 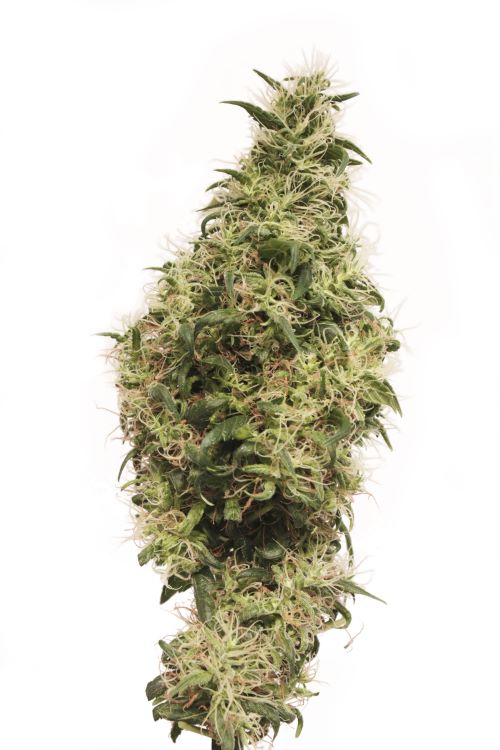 This research may also counterargue the negative health effects surrounding cannabis, such as a US study finding that components of marijuana, CBD and THC can cause brain and facial birth defects if used during the first trimester.

Breeding market profitability
THCV is usually found as only a minor cannabinoid in cannabis, known for its elevated quantities of THC and cannabidiol (CBD). Dutch Passion obtained its THCV seed variety after many years of breeding and selection through numerous generations of plants. Each subsequent year of breeding gradually yielded plants richer in THCV.

“Finding a cultivar with high THCV values was not the most difficult part. The main challenge lies in reproducing and selecting a variety of which each individual plant has a high THCV value and trying to bring down regular THC to a level low enough to pair well with the THCV,” Piepenbrink explains.

Dutch Passion is currently busy bringing a variety with even lower levels of THC and higher levels of THCV. “As a seed company, we see it as one of our tasks to find new cannabinoids and get these genetics available for producers and researchers,” he continues. Its applications range from smoking, tea, oil, pills and candy, the company maintains.

Last January, a European Food Safety Authority (EFSA) report revealed the proliferation of THC in food, beverages and supplements containing hemp. The organization previously concluded that the compound can have adverse health effects, but the European Industrial Hemp Association (EIHA) argued that THC is an inherent element of hemp and calling for a “harmonized and reasoned” approach when it comes to THC limits in food in the EU.

“It is simply not possible to have a THC-free hemp product. Through natural contamination, seeds have THC from being in contact with flowers. However, in the last 20 years, the industry has evolved significantly on this point. Today, we are able to provide consumers with ‘clean’ and high-quality products, with nearly no traces of THC,” Lorenza Romanese, Managing Director of EIHA, tells NutritionInsight.

Dutch Passion’s base of licensed customers consists of hundreds of companies located across the globe in countries with the longest experience in medicinal cannabis programs, Piepenbrink details. “We’re continuing to work on other THCV-rich cultivars and also working on obtaining varieties rich in CBDV, CBD and expanding our collection with more CBD-rich and THC-rich cultivars,” he concludes.

Research has found that weight in young children from low-income households increased by an average of 7% in the first six months of the COVID-19 global pandemic. Weight... Read More