You are in : All News > Boosting astaxanthin absorption and widening applications: Valensa releases flavorless powder format 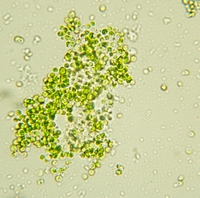 19 Jun 2019 --- Florida-based Valensa International has released a new powdered, water-soluble and flavorless astaxanthin ingredient, coined Zanthin Natural Astaxanthin. The move widens the potential applications that the antioxidant could be used in to include natural food and beverage applications, notes the company. The new ingredient preserves its nutritional profile while increasing overall bioavailability, allowing the body to absorb a high percentage of astaxanthin.

“We’re bringing a water-dispersible and functional, enriched astaxanthin in a powder format that does not have the typical flavor profile, while achieving important commercial shelf life targets of up to 24 months,” notes Umasudan C.P., Valensa CEO. “This is a game-changing innovation in providing convenient dosage forms that expand opportunities for this powerful antioxidant, which research continues to confirm plays an important role in healthy aging, especially for joint and eye health,” he notes.

Through a new microencapsulation process, provided by Virun Nutra-Biosciences, Valensa was able to make a water-insoluble, non-polar carotenoid be absorbed easily so astaxanthin’s power can have an effect throughout the body. “The result is a water-soluble, natural astaxanthin powder that is highly bioavailable, dissolves clear into beverages, and carries no objectionable odor or flavor,” Umasudan says.

Astaxanthin has been studied extensively and has demonstrated benefits which derive from strong antioxidant activity enhanced by its ability to span the cell’s lipid bilayer and neutralize excess reactive oxygen species (ROS), thus reducing the amount of inflammation caused by ROS.

Increasing bioavailability via microencapsulation
To obtain the powdered form of the ingredient, Valensa extracts astaxanthin using its patented Deep Extract Supercritical CO2 technology and protects the concentrated lipid, an oleoresin, via the O2B stabilization process. Then, powered by Esolv, the proprietary technology for oil microencapsulation from Virun Nutra-Biosciences, the Zanthin oleoresin is transformed into powder, with 10-22nm-sized micelles which can be easily dispersed in food and beverages and are ideally-sized for bioavailability.

“We take Valensa’s Zanthin Natural Astaxanthin and deodorize it through a natural bicarbonate process, and then we encapsulate the oil into micelles that are spray-dried. By creating the micelle structure, we put the oil into a form that is water soluble, highly bioavailable, and can even dissolve clear into beverages, all-the-while maintaining no fishy taste,” explains Philip Bromley, Virun Nutra-Biosciences’ CEO.

“So far we have developed successful, finished product prototypes with powdered Zanthin such as stick packs, pouches, bars, multi-serving smoothies, shots, beverages and more,” he adds.

The launch couldn’t have come at a better time according to Stephen Hill, Valensa Vice President of Product Development and Regulatory. “We had just completed the pilot trials and were testing the waters for this concept with our customers,” he says, adding that the new release was a particularly challenging one as the company had to accelerate scale-up to deliver to the market demand.

Astaxanthin’s growing popularity
Astaxanthin is experiencing huge growth in the European market as well as a booming demand in Asia. The ingredient offers a wide range of health benefits and is therefore met with a lot of NPD and research.

Recognizing the ingredient’s potential, Solabia Group recently acquired Algatech Ltd., a global innovator in the development, cultivation and commercialization of ingredients delivered from microalgae. Solabia, a family-owned company working closely with its minority partner TA Associates, specializes in biotechnology, fine chemicals and plant extraction technologies. Solabia provides a range of active ingredients used by the cosmetics, pharmaceutical, diagnostic and nutrition industries worldwide. Algatech will reportedly become the centerpiece of Solabia’s nutrition division. Financial terms of the transaction were not disclosed.

In the same space, Algalif, Icelandic producer of astaxanthin ingredients and finished products from microalgae, expanded its business into the Asia-Pacific market with its Astalif astaxanthin oleoresins, and the launch of its IceCaps astaxanthin soft gelatin capsules. In addition, the company launched its Icelandic Harvest brand of finished astaxanthin products in response to retail trade demand.

09 Apr 2020 --- Part one of NutritionInsight’s coverage of sports nutrition revealed how COVID-19 is spurring rapid personalization, which could provide an extra... Read More