You are in : All News > Alternative proteins: Edible insects only viable if industry steps up, researchers say

03 Jul 2019 --- Although an increased consumption of edible insects has been lauded as providing a solution to the global food crisis, the technological and processing approaches that could be used to reach that goal have been neglected, according to University of Leeds and the University of Veracruz, Mexico researchers. The new study explores current insect farming methods, processing technologies and commercialization techniques, as well as current perceptions towards entomophagy – the practice of eating insects.

“These findings open a door for food scientists and technologists all around the world to have a wider view of the existing gap between entomophagy and the lack of new processing technologies. This should be researched and addressed in depth in order to promote entomophagy,” study author Dr. Hernández-Álvarez of the School of Food Science and Nutrition at Leeds University tells NutritionInsight.

While there is a growing interest in edible insects in Western countries, the infrastructure to supply the new desires is not yet in place, according to other study author Dr Guiomar Melgar-Lalanne, University of Veracruz. “If edible insects are to become a common food source, current farming techniques and technologies could struggle with the demand and need to be expanded.” 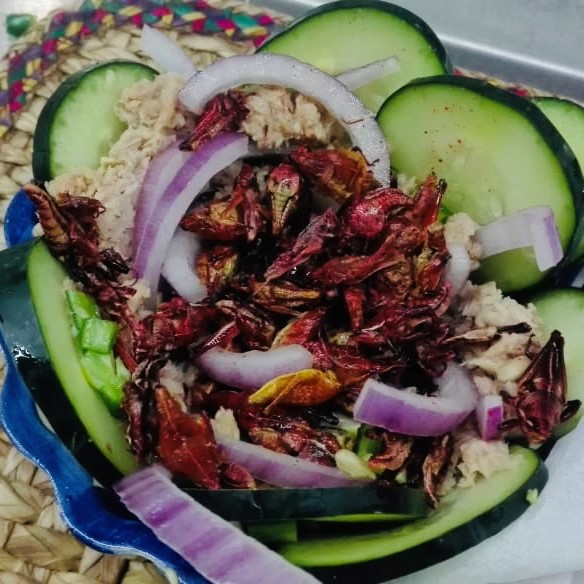 Click to EnlargeA meal made by the researchers showing how insects could be presented.A bottleneck in economically efficient, safe and sustainable insect production could appear if increasing demand is not met. Accessibility issues stemming from a lack of availability can result in reduced opportunities for increasing trade.

If the jump between wild harvesting and indoor farming is successfully made, insects can be used for purposes other than nutrition. Some insect exoskeletons contain chitin, which can be used in food preservation. Additionally, it could be used as surgical thread, or as a binder used in glue.

“Refining extraction technologies could make insects a feasible and sustainable option for replacing some currently available functional ingredients,” notes  Dr. Hernández-Álvarez. “These aspects should be a focus of future research and technological development.”

Overcoming the “ick” factor
Aside from production issues, overcoming social boundaries is another major obstacle to widespread insect consumption. In Western countries, eating insects is considered unusual and many people find the concept unappealing.

“The ‘ick factor’ remains one of the biggest barriers to edible insects becoming the norm. Eating behavior is shaped largely during early childhood and in Western countries, eating insects, especially in whole and recognizable forms, remains something seen mostly on TV shows,” says Dr Hernández-Álvarez.

However, young adults are especially open to the idea of entomophagy in certain contexts, for example, if they are disguised in flour or a powder used in cookies or energy drinks. 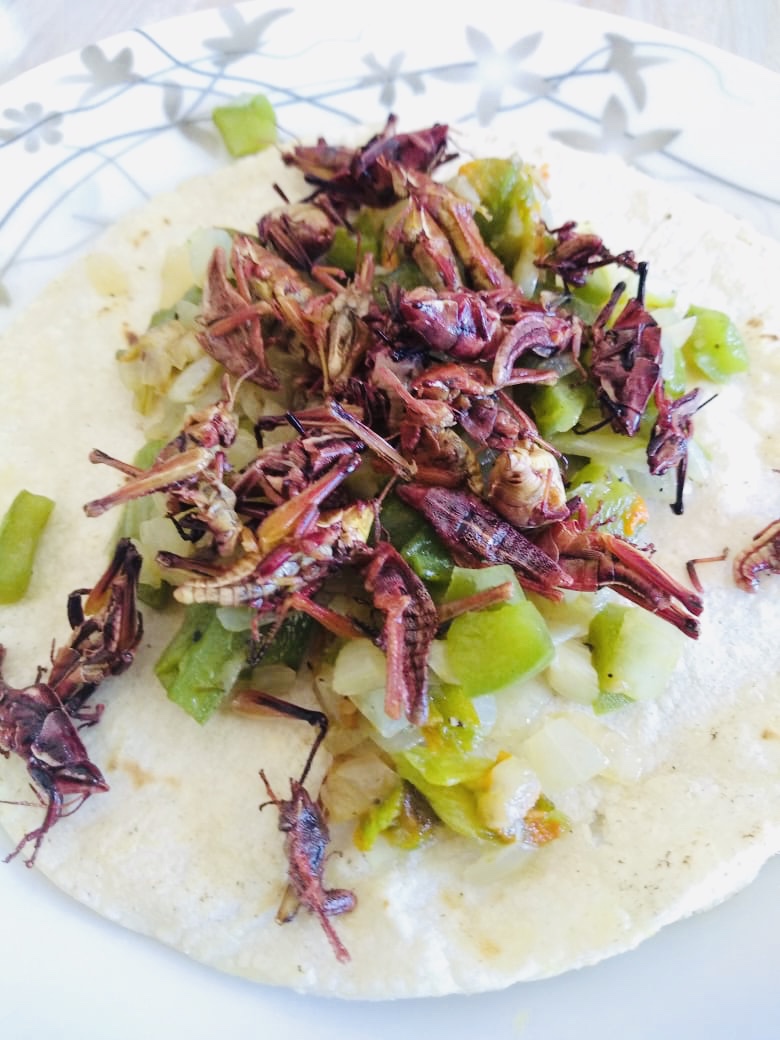 Click to EnlargeAn insect burrito may appeal to the younger generation.

“In Western countries it is the younger generation that shows more willingness to try new food products, including edible insects. The ‘foodies’ boom’ and the rise of veganism and flexitarians have opened the door to alternative food sources,” notes Dr. Melgar-Lalanne. “Another successful strategy involves serving insects as snacks between meals, which would increase the inclusion of insects in daily diets. These types of snacks are increasing in popularity in the global market.”

In non-Western countries, entomophagy faces different social challenges, with a stigma starting to settle around the consumption of insects. “In some countries where insects have been part of a culinary tradition, such as Mexico, Nigeria and Botswana, negative perceptions of eating insects have taken root. In these countries the younger population is rejecting insects as a food source, associating it with poverty and a provincial mindset,” explains Dr. Melgar-Lalanne.

In Mexico specifically, tourists are becoming increasingly interested in insect markets while self-consumption, harvesting and farming are declining in rural areas. “Despite the growing demand for edible insects in urban areas, harvesting and indoor farming is limited because farmers associate insects with poverty and do not see it as a potential source of income,” she adds.

The food of the future?
As society scrabbles to safeguard against the ever-looming threat of a global hunger crisis, insects are proving to be a promising alternative protein source. They offer a high nutritional value and have a much lower carbon footprint than meat production due to the smaller quantities of land, water and feed used. Insects can also be cultivated in urban areas, and produce few greenhouse gases.

Importantly, edible bugs can also contribute to a circular economy by bringing nutrients from organic residues back into the food value chain. This helps to increase sustainability while waste is reduced.

Eating insects is outlined as not merely a sustainable solution to meet the protein demands of a growing population, but also as a way to expand the selection of consumer products for foodies. Due to the protein quality and quantity, crickets convey a lingering sense of umami that can greatly benefit the final consumer product. Insects are a very versatile and diverse category and the taste profile of the different insects can also be adjusted.

Click to EnlargeEdible bugs can also contribute to a circular economy by bringing nutrients from organic residues back into the food value chain.The nutritional content of various insects can also vary widely due to the wide variety of species. “Furthermore, nutrition depends on factors such as diet, environmental conditions, stage of development at the time of consumption, ways of preparation and whether they are bred in a farm or in the wild,” adds Dr. Hernández-Álvarez.

Insects contain comparable protein levels to traditional sources like meat, dairy, and seeds, as well as meeting the amino acid requirements for humans. “Nonetheless, further research should be carried out to have more data in regards to amino acids content of different species, amino acids bioavailability, protein digestibility, allergenicity, accurate information on protein fractions, among others,” notes Dr. Hernández-Álvarez.

There have been recent moves to bring insect farming to a stepped-up production, with Protix opening the world’s biggest processing facility in the Netherlands last month. The €45 million plant breeds and rears Black Soldier Flies for animal feed.

07 Jun 2021 --- The Department for International Trade (DIT) has backed a new proposal to reinforce the UK counties of Norfolk and Suffolk as the global center of excellence for... Read More

Mealworm study: Are insects as nutritious as milk protein?

02 Jun 2021 --- With commercial pathways opening up following a recent regulatory approval in the EU, mealworm proteins are growingly recognized as a source for highly sustainable... Read More

13 May 2021 --- The Centre for Nutraceuticals in the University of Westminster, UK, has found that adding pigments to beverages may lead to better athletic performance due to the... Read More