You are in : All News > Scientists Have Discovered Potent Anti-Inflammatory Effects of Sage and Rosemary

Scientists Have Discovered Potent Anti-Inflammatory Effects of Sage and Rosemary 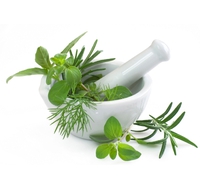 29 Jul 2016 --- Two plant-derived compounds found in sage and rosemary may be effective for fighting inflammation and pain, according to new research. Diterpenoids are found in certain plants, fungi and marine organisms with two in particular, carnosol (CS) and carnosic acid (CA), known to interfere with multiple pathways in the human body association with pain and inflammation.

A team led by Dr Giuseppe Bifulco, PhD of the University of Salerno in Italy, and Dr Andreas Koeberle, of the Friedrich Schiller University in Jena, Germany, have investigated the effects of these natural products in their pure form in inflammatory pain through research involving human cells and mice.
They have demonstrated that 5-LO and mPGES-1, two key enzymes of inflammation, are primary targets of CS and CA, which are major bioactive ingredients of herbs that are used as spices, namely sage and rosemary.
Speaking to NutritionInsight, Dr Koeberle explains the potential health benefits of sage and rosemary and how they could be used in mainstream medicine.
“In my opinion, sage and rosemary are promising medicinal plants to be used in anti-inflammatory and anti-nociceptive phytopharmaceuticals, which have been becoming increasing popular in recent years,” he says.
“For mainstream medicine, I see particular potential for the sage and rosemary ingredients carnosol and carnosic acid, perhaps not as the original natural product but after careful multi-target drug design involving structural optimization. Hence, by providing a molecular basis for the molecular mechanisms of carnosol and carnosic acid, we rationalize further drug development.”
The findings are published in the British Journal of Pharmacology.
“Natural products from plants used in traditional medicine are valuable sources for identifying novel strategies as well as lead structures for drug development. The diterpenoids carnosol and carnosic acids from sage and rosemary represent such candidate compounds,” adds Dr. Koeberle. “They exert prominent anti-inflammatory activities though their molecular mechanisms are incompletely understood, which hampers their pharmacological use.”
“Dual inhibitors of 5-lipoxygenase and microsomal prostaglandin E2 synthase-1 are considered as alternative to classical anti-inflammatory and analgetic drugs that inhibit cyclooxygenase isoenzymes due to reduced side effects. Despite encouraging findings from knockout studies and enormous efforts in drug development within the last decade, only few mPEGES-1 inhibitors recently entered clinical trials.”
“By revealing 5-lipoxygenase and microsomal prostaglandin E2 synthase-1 as key targets of carnosol and carnosic acid, our study encourages successive steps of the drug discovery process, lead by in silico techniques and structure-activity relationship studies based on semisynthetic derivatives. Hit compounds are then to be investigated in diverse animal models of inflammation and cancer to elucidate their efficacy and safety for clinical application.”
“We are interested in this process and will promote and accompany further drug development efforts.”
by Gaynor Selby