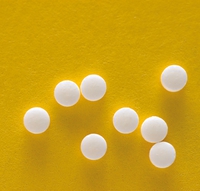 29 Mar 2017 --- A new study by Park et al. published in Cell Metabolism has found that sucralose doesn’t increase appetite or food intake in fruit flies, challenging assertions made by Wang et al.2 last July, based on a study of similar, but not identical, design.

The Wang et al. study caused big media headlines, suggesting that the results showed that sucralose caused increased food intake in fruit flies – which, therefore, might be a concern for people trying to lose weight.

The authors of the new study, Park et al., found that the older research could be explained simply by the fruit flies just getting less food to eat than the controls. In other words, the more likely explanation is that the flies only ate more as a consequence of a caloric deficit (fasting), irrespective of sucralose ingestion.

A spokesperson from the International Sweeteners Association (ISA) told NutritionInsight, “While isolated study findings are important to consider, as indicated by Park et al. in their publication, they must not be generalized or reported as final evidence for claims about low calorie sweeteners.”

“Overall, in nutrition science, including research on low calorie sweeteners, it is critical to both avoid premature conclusions that might result from a single research study and look at the entire body of evidence. A wealth of well-designed research supports that approved low calorie sweeteners can help safely lower sugar intake, which can be a useful tool in nutritional strategies for maintaining or lowering body weight.”

A big difference between the two studies, was more work done by Park et al., to further investigate what happens when you give fruit flies food with a high concentration of sucralose. The new study points out that conclusions drawn from individual research studies may not always represent the big picture.

Park et al., demonstrated that the resulting food intake during the sucralose exposure period in either study was less than what it was for control flies during this time.

The authors reported that this level of underfeeding would explain why the sucralose-treated flies subsequently appeared hungry and later ate more vs. the control flies, for a limited time, when they were re-introduced to control feed. In considering the importance of low calorie sweeteners in global health, the authors also comment that it’s “vital to avoid premature conclusions on the potential benefits or risks”.

They follow this by noting that their results also do not support a hypothesis proposed by Wang et al., that sucralose might be able to directly trigger a neural state simulating fasting.

Instead, Park et al., found that the fasting-like behaviors observed in the fruit flies following intake of sucralose-containing feed was found “likely arising as an indirect consequence of underfeeding.”

The authors further remark that “our results strongly support the idea that post-exposure hyperphagia is due to compensation for the caloric deficit accumulated during sucralose exposure rather than sucralose ingestion per se.”

Research published in Cell Metabolism funded by the Medical Research Council found that the same amount of calories were burned independent of at what time of day they... Read More

Members of parliament in Sri Lanka are calling for a debate to discuss the country’s growing malnutrition problem, after a UNICEF report revealed the nation ranks... Read More