You are in : All News > Nearly 6 percent of cancers worldwide attributable to diabetes and high BMI, notes Lancet study 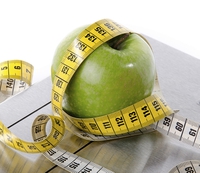 29 Nov 2017 --- Diabetes and high BMI (a BMI over 25kg/m2) were the cause of 5.6 percent of new cancer cases worldwide in 2012 – equivalent to 792,600 cases, according to the first study to quantify the proportion of cancers attributable to diabetes and high BMI. The study is published in The Lancet Diabetes & Endocrinology journal. When considered individually, 544,300 cases of cases were attributable to high BMI (equivalent to 3.9 percent of all cancers), and 280,100 were attributable to diabetes (2 percent).

Estimates suggest that 422 million adults have diabetes and 2.01 billion adults are overweight or obese, globally. Both high BMI and diabetes are risk factors for various types of cancer, The Lancet press release notes, potentially due to biological changes caused by diabetes and high BMI – such as high insulin, high sugar levels, chronic inflammation and dysregulated sex hormones such as estrogen – having adverse effects on the body.

With these two risk factors becoming increasingly widespread, the proportion of attributable cancers is set to grow further, according to the study.

“As the prevalence of these cancer risk factors increases, clinical and public health efforts should focus on identifying preventive and screening measures for populations and for individual patients. It is important that effective food policies are implemented to tackle the rising prevalence of diabetes, high BMI and the diseases related to these risk factors,” says lead author Dr. Jonathan Pearson-Stuttard, Imperial College London, UK.

Researchers study data from 175 countries
The study assessed the increase in new cases of 18 cancers based on the prevalence of diabetes and high BMI in 175 countries between 1980 and 2002.

To conduct the study, the authors gathered data on the incidence of 12 types of cancer from 175 countries in 2012. They combined this with data on high BMI and on diabetes. They matched the data sets by age group and sex to take account of age differences using diabetes and BMI data from 2002 to calculate cancer incidence in 2012 attributable to these risks.

Although cancers are still less common in some low- and middle-income countries than in high-income nations, the population of these countries experienced particularly large impacts from diabetes and high BMI. For example, between 9 percent and 14 percent of all cancer cases in Mongolia, Egypt, Kuwait, and Vanuatu were due to high BMI and diabetes.

Meanwhile Tanzania, Mozambique and Madagascar had the lowest proportion of cases attributable to high BMI and diabetes. This reflects geographical differences in the prevalence of diabetes and obesity as well as incidence of cancers affected by them.

Globally, liver cancer and endometrial cancer contributed the highest number of cancer cases caused by diabetes and high BMI (24.5 percent, 187,600 out of 766,000 cases, and 38.4 percent, 121,700 out of 317,000 cases, respectively). However, the number of cases of different cancers varied globally, and in high-income Asia Pacific and East and Southeast Asian countries liver cancer caused 30.7 percent and 53.8 percent of cases respectively. Meanwhile, in high-income Western countries, Central and Eastern Europe and Sub-Saharan Africa, breast and endometrial cancers contributed 40.9 percent of cancer cases.

Low- and middle-income countries across Asia and Sub-Saharan Africa saw the largest increases in cancers due to diabetes and overweight and obesity, as the levels of diabetes and high BMI in these regions increased substantially between 1980 and 2002. For example, the number of diabetes-related cancers grew by 88 percent in 2012 for men in South Asia, increasing from 3,500 cases in 1990 to 6,600 cases in 2012. Similarly, cancer cases attributable to high BMI in women in sub-Saharan Africa increased by 80 percent – from 5,400 cases in 1990 to 9,700 cases in 2012.

“Alarming” projected increases
The proportion of cancers related to diabetes and high BMI is expected to increase even further globally as the prevalence of the two risk factors increases. Using projected prevalence of diabetes and high BMI for 2025 compared with prevalence in 2002, the researchers estimate that the proportion of related cancers will grow by more than 30 percent in women and 20 percent in men on average.

“Increases in diabetes and high BMI worldwide could lead to a substantial increase in the proportion of cancers attributable to these risk factors, if nothing is done to reduce them,” adds Dr. Pearson-Stuttard. “These projections are particularly alarming when considering the high and increasing cost of cancer and metabolic diseases, and highlight the need to improve control measures, and increase awareness of the link between cancer, diabetes and high BMI.”

The authors note that the ten-year lag between risk factor exposure and cancer development is a simple estimate of how long it takes for cancer to develop so may not include full exposure to the risk. There is growing evidence suggesting that diabetes is also related to myeloma, bladder, kidney, and esophageal cancer, meaning the study may underestimate the burden of cancers due to diabetes.