You are in : All News > Brain Imaging Study Provides Support for the Notion of Food Addiction 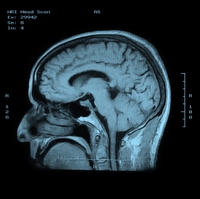 The study, published in the American Journal of Clinical Nutrition on June 26, 2013, investigates how food intake is regulated by dopamine-containing pleasure centers of the brain.

"Beyond reward and craving, this part of the brain is also linked to substance abuse and dependence, which raises the question as to whether certain foods might be addictive," says Ludwig.

To examine the link, researchers measured blood glucose levels and hunger, while also using functional magnetic resonance imaging (MRI) to observe brain activity during the crucial four-hour period after a meal, which influences eating behavior at the next meal. Evaluating patients in this time frame is one novel aspect of this study, whereas previous studies have evaluated patients with an MRI soon after eating.

This decrease in blood glucose was associated with excessive hunger and intense activation of the nucleus accumbens, a critical brain region involved in addictive behaviors.

Prior studies of food addiction have compared patient reactions to drastically different types of foods, such as high-calorie cheesecake versus boiled vegetables.

Another novel aspect of this study is how a specific dietary factor that is distinct from calories or sweetness, could alter brain function and promote overeating.

Though the concept of food addiction remains provocative, the findings suggest that more interventional and observational studies be done. Additional research will hopefully inform clinicians about the subjective experience of food addiction, and how we can potentially treat these patients and regulate their weight.

New research delving into the benefits of almonds regarding weight management has addressed the multifaceted challenge of overweight and obesity. The study funded by the... Read More

Research published in Cell Metabolism funded by the Medical Research Council found that the same amount of calories were burned independent of at what time of day they... Read More

Monteloeder’s Metabolaid has been found to be highly effective in increasing satiety effects and reducing food cravings. Specifically, the combined hibiscus and... Read More

Vitamin A nasal drops might help people regain their sense of smell after viral infections, including COVID-19. This is the hypothesis of UK researchers, who will... Read More