You are in : All News > Being Obese or Overweight Could Cause 7.6 Million Cases of Disease by 2035, Experts Warn

Being Obese or Overweight Could Cause 7.6 Million Cases of Disease by 2035, Experts Warn 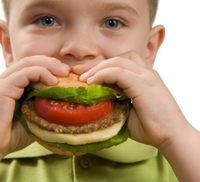 20 Jun 2016 --- The Obesity Health Alliance predicts that more than 7.6 million new cases of disease linked to being overweight or obese could be diagnosed in the UK during the next 20 years.

"Without bold action, the next generation will face more disease and live shorter lives," says Alison Cox, Director of Prevention at Cancer Research UK, one of the 30-strong members of the Alliance who conducted the research.
If the worrying trend in obesity continues, around 40 million adults in the UK (76% of men and 69% of women) could be overweight or obese by 2035, with 45 percent of adults in the lowest income bracket being obese. This would make ‘obese’ – body mass index (BMI) of 30 or more – the most common weight category (relative to ‘healthy weight’ and ‘overweight’– BMI 25-29.9) for both men and women.
Over the next two decades, the study also predicts an additional 4.62 million cases of Type 2 diabetes, 1.63 million cases of coronary heart disease, and 670,000 new cases of cancer.
In 2035 alone, around 440,000 new cases of disease could be caused by being overweight and obese in the UK: approximately 257,200 new cases of Type 2 diabetes, 101,000 new cases of coronary heart disease, 43,600 new cases of stroke, and 38,500 cases of cancer.
Becoming obese can also set up a vicious circle of lower self-esteem, poor mental health and unhealthier eating. However, making a small change could make a big difference: A one per cent shift in the number of people putting on extra weight each year until 2035, could avoid around 77,000 cases of disease including 45,000 cases of Type 2 diabetes in the year 2035 alone.
To tackle the obesity epidemic, the Obesity Health Alliance is calling on the Government to introduce a strong childhood obesity strategy without delay. It must include restricting junk food advertising on TV before the 9pm watershed, tightening online marketing to align with broadcast regulations, as well as setting targets for industry to reduce the amount of sugar and fat in food.
Cox said: “These numbers are shocking. And it’s difficult to think of the impact this will have on public health and an already strained NHS. Without bold action, the next generation will face more disease and live shorter lives.”
“Kids are bombarded with advertisements for unhealthy food and if we are to give our children the chance for better and healthier lives, it’s vital the Government’s childhood obesity strategy restricts this kind of marketing.”
Modi Mwatsama, Director of Policy and Global Health at the UK Health Forum and member of the Obesity Health Alliance, added: “This study is a wakeup call for the Government and shows a daunting future if no strong action is taken against the obesity epidemic.”
“We can’t expect industry to make changes on their own and people need help making healthier choices. Companies will have to be held accountable by Government.”
“The Government must lead the way by creating a level playing field with independent, regulated targets for reducing the amount of sugar, fat and salt in food.”
“Without Government action, our children face a life of disease and early death.
Action on Sugar – a group of specialists concerned with sugar and its effects on health – has learned from sources close to the government that during the year that British Prime Minister David Cameron’s obesity plan has been delayed, it has been severely eroded by strong lobbying from food industry representative bodies such as the Food and Drink Federation and the British Soft Drinks Association.

According to the source, the food industry is only going to be asked to reduce sugar in their products by 20% and this will be a voluntary system rather than regulated, making it even weaker.
Based on both their evidence and that from Public Health England, Action on Sugar have called for an overall 50% sugar reduction in food and drink. This is because reducing sugar by 20% through a voluntary system that is not enforced will result in a far less actual reduction– meaning that population calorie intake will be reduced by approximately 20 calories per person per day, which is not sufficient to prevent obesity and Type 2 diabetes in either children or adults.

The British Retail Consortium, on behalf of all the supermarkets, has asked for a mandated or regulated system, as it appears that there are only likely to be minor restrictions in marketing of foods and drinks high in sugar, salt and saturated fat to children.

Professor MacGregor, Professor of Cardiovascular Medicine at Queen Mary University of London and Chair of Action on Sugar, says: “David Cameron has the opportunity to make the UK the first country in the world to prevent obesity and Type 2 diabetes but he has to be decisive with the soft drink and food industry and stick to a more effective and ambitious policy. From what we are hearing, his plan will have little effect on childhood or adult obesity and Type 2 diabetes – a tragedy for the UK”.

14 Jul 2020 --- A diverse coalition of civil rights, child welfare and health organizations is calling on the US Department of Agriculture (USDA) to protect children from junk food... Read More

17 Jun 2020 --- Two new studies have brought the debate on the health impact of meat consumption to the fore once again. A German study found that the less animal-derived food... Read More