You are in : All News > Nestlé to use Nutri-Score to “motivate and track” healthy option progress 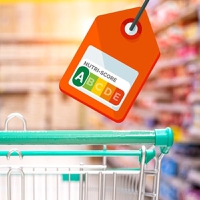 27 Nov 2019 --- Nestlé will roll out Nutri-Score nutrition labeling on its products in Austria, Belgium, France, Germany and Switzerland, starting in the first half of 2020. The voluntary front-of-pack scheme classifies foods and beverages according to their nutritional profile. Cereal Partners Worldwide, the international breakfast venture between Nestlé and General Mills, will also implement Nutri-Score on its product packaging in the same countries. Nestlé hopes that Nutri-Score will support its goals of having one of the healthiest options in every product category it offers.

“Our intention is to support the development of an EU-wide approach to interpretative front-of-pack labeling for foods and drinks in Europe. Evidence and increasing societal support show that Nutri-Score is the solution that works for consumers in Europe,” a Nestlé spokesperson tells NutritionInsight.

According to Marco Settembri, CEO of Nestlé for Europe, Middle East and North Africa, Nutri-Score will motivate the company to achieve its health goals and help track its progress. “Nestlé already has committed to providing more nutritious foods and beverages, and we constantly reformulate and develop new products. Nutri-Score will help us track progress over time as it is an objective system of assessing the nutritional profile of a product,” adds the spokesperson.

The company will implement Nutri-Score across brands of its wholly-owned businesses over a two-year period, with over 5,000 products in the five countries set to feature the system. This will be done in a consistent way across product packaging regardless of its score. Nestlé and Cereal Partners Worldwide are also ready to further implement it in countries that request it.

Nestlé brands on which Nutri-Score will appear include plant-based products from Garden Gourmet, Nesquik chocolate-flavored milk, Buitoni pizzas, Nescafé coffee, Maggi culinary products and KitKat chocolate. Cereal Partners Worldwide will use Nutri-Score on its breakfast cereals, including Fitness and Chocapic. Some products, such as infant formula, are out of scope or fall under separate regulations.

“With Nutri-Score, we want to enable people to make informed decisions for healthier diets. We are also speeding up the transformation of our products and launching more products that have a better environmental footprint and contribute to a balanced diet. This includes more plant-based food and beverage options,” says Settembri.

Front-of-pack labels help consumers make informed choices.This move follows Nestlé’s statement of support for Nutri-Score in June. At the time, Settembri cited transparency as a key reason. “Europeans increasingly want to know what is in the food and drinks they consume. We want to offer them easily understandable nutritional information as quickly as possible,” he said.

Last week, General Mills reported that all ten of its key US product categories – including cereal – have reached its public goal to reduce sodium by 20 percent. In addition, the company has also gradually continued to improve the nutrient density of its products by increasing whole grain, fiber, vitamins and minerals across food groups.

A controversial system?
Nutri-Score’s color-coded system with a scale ranging from A (healthier choices) to E (less healthy choices) is not without its detractors. While a recent study found that it is the most effective front-of-pack label style for helping consumers rank products according to their nutritional quality, there were only marginal differences in how well the varying systems were perceived.

Additionally, the German Sugar Industry Association branded Nutri-Score as a “consumer trap,” arguing that a visible calorie count is the only necessary aspect of a front-of-pack label.

Nonetheless, the European Consumer Organisation (BUEC) is applauding Nestlé’s decision to roll out Nutri-Score broadly. “Research conducted in several countries demonstrate indeed that Nutri-Score is currently the best-performing scheme in aiding consumers to make healthier choices. Therefore, we consider Nutri-Score to be a major tool to contribute to tackling the obesity crisis,” says Monique Goyens, Director-General of BEUC.

She recommends that other companies follow Nestlé’s example and display Nutri-Score on their products. “Moving forward, we believe that all European consumers should benefit from Nutri-Score. This is why several consumer organizations who are members of the BEUC network have launched a petition asking the European Commission to make Nutri-Score mandatory across Europe.”

Cost explosions on the horizon? Industry warns of inflation rampage in 2023 as energy prices bite

Record high energy prices project a shadow of a cold winter and a somber 2023, where inflation will persist and potentially increase in less energy-secure countries like... Read More

The US task force on hunger, nutrition and health has submitted a consensus report with recommendations to the White House on how to improve nutrition, end food... Read More