You are in : All News > Special Report: Paleo Trend Not Slowing Despite Disapproval from Health Officials 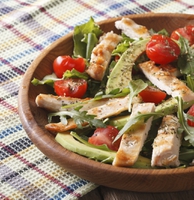 13 Mar 2017 --- The paleo diet, also known as the Paleolithic diet, the Caveman diet or the Stone Age Diet – is rising in popularity. Despite worldwide health officials shunning the diet with claims that it is restrictive and extreme, the eating plan continues to take the nutrition sector by storm, with many hybrid versions of diet hitting the mainstream, too.

Today NutritionInsight takes a look at how a diet so frowned upon by health professionals continues to see such growth in a competitive nutrition and weight management market, and what opportunities the trend presents for the food industry.

Paleo is Trending
The paleo diet, based on the low fat, non-processed foods that were presumably eaten by early humans, omits dairy, grains and alcohol, while all unprocessed meat, fish, nuts, leafy greens, regional veggies, and seeds are permitted. 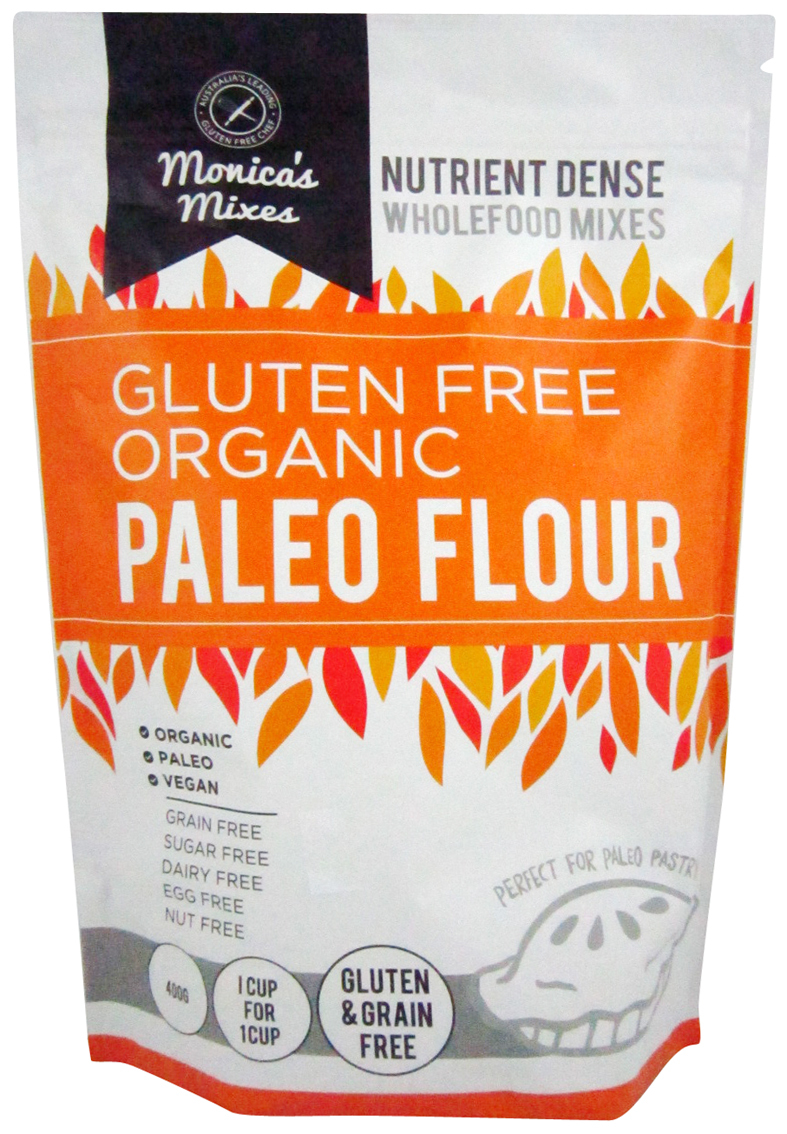 And according to Innova Market Insights, products describing themselves with the term “paleo” are on the rise.

The trend seems particularly embedded in the health and fitness sectors. For example, in the sports nutrition category, launches of paleo products increased 12% from 2015 to 2016 and 4.5% in the active health category. During the same period, launches of paleo sports bars increased by 13%, and a huge YOY growth of 26% was seen in the “high source of protein” category.

The trend is penetrating other areas too. Paleo product launches in the breakfast cereals category rose by 4% from 2015 to 2016, while launches of gluten free products describing themselves as paleo rose by 9%.

However, this growth isn’t being enjoyed equally around the globe. In fact, paleo launches in the US fell by 13% in 2016 compared with 2015.

But, it’s a different story elsewhere. With a 10% increase in the UK, 14% increase in Germany, 4.4% increase in Mexico and 3% in Australia, it’s safe to say that this a trend taking the world by storm.

The Praise for Paleo
The paleo movement has an abundance of supporters, with many pushing the agenda that the following the diet leads to far more health benefits than simply weight loss.

NutritionInsight spoke with founder of Ugg Food and CEO of The paleo Society, Dr. Kim Lloyd, who has a lifelong interest in preventative medicine and the power of optimal nutrition.

After 16 years in dentistry she moved into aesthetic medicine and became involved with the paleo movement after meeting nutritional anthropologist Geoff Bond.

“I founded the paleo society as a social enterprise to provide a source of practical information and support to people,” she explains.

“An effort to bring appreciation and attention to the science behind the paleo movement and the merit of respecting the ancient wisdom of our human development.”

“Much of the research done in the past 20 years is not given enough attention. The lifetime work of Geoff Bond, our British scientist and expert advisor to the paleo Society, is now becoming validated slowly but surely and receiving more and more attention,” she says.

She explains that there is some confusion about what paleo means, saying that many people incorrectly believe it is a meat-based way of eating. 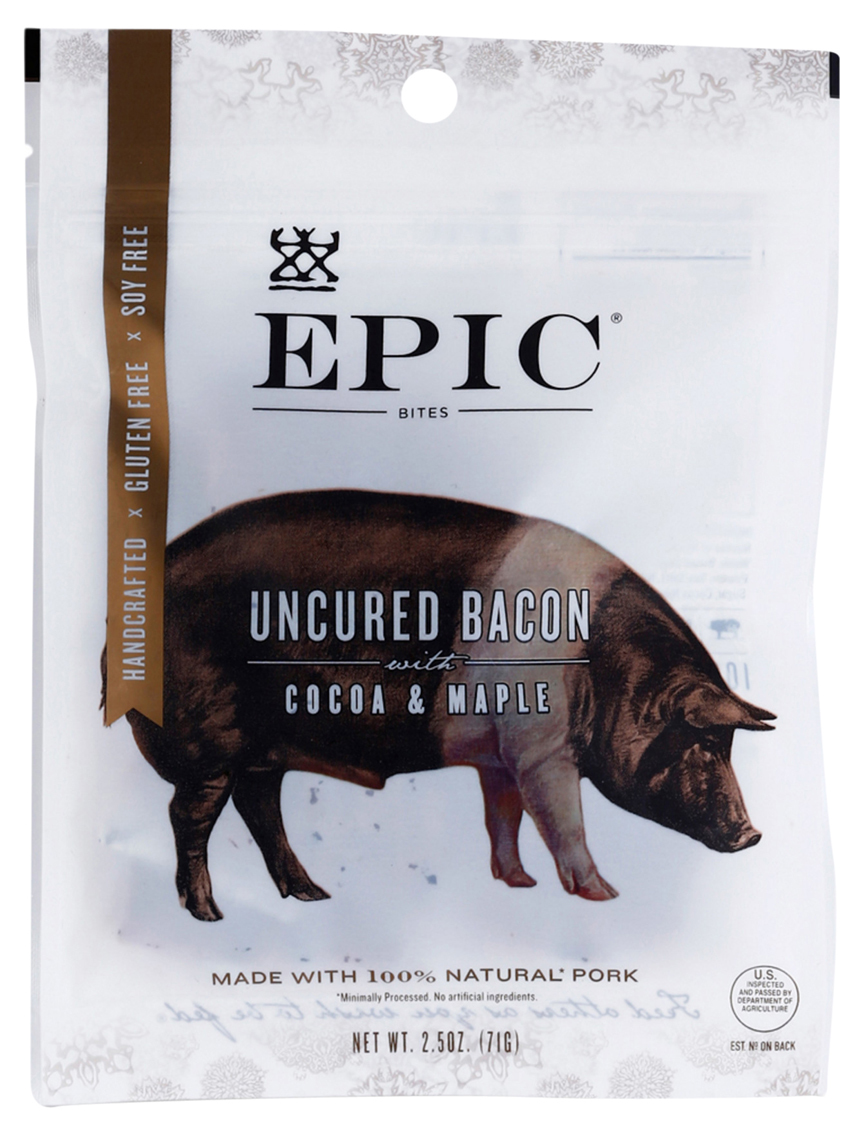 “This is not correct,” she states. “True paleo means eating approximately 75 percent plant based food, non-starchy vegetables, fruit, seeds and tree nuts with the addition of compassionately reared/ free-range meat, fish and eggs.”

“The food pattern our biochemistry came to expect as it evolved over thousands of years.”

“To me, paleo meat, fish and eggs addresses the ethical concerns of the vegan community and makes eating an optimally healthy diet relatively easily.”

“We are seeing much more organic and free-range produce within the food industry now and I believe education will influence market forces even more dramatically. This is an exciting time with many changes happening rapidly due to shared access to global information and resources.”

Geoff Bond also spoke with NutritionInsight, and stated that he thought 2017 could be the year that the movement really takes off.

“I have studied the origins of the human naturally adapted (i.e. ‘paleo’) lifestyle for several decades. When I first started lecturing and writing about it in the 1990s, it was widely regarded as quirky and odd-ball.”

“However, since 2010 we have seen a surging wave of popularity which, in my opinion, is still nowhere near its peak,” says Bond.

“Now we see mainstream media picking up on many of the paleo precepts and, moreover, people have become accustomed to using the hunter-gatherer template as a reference point to justify (correctly or incorrectly) their lifestyle choices.”

“I think 2017 will see a rapid increase in this movement since it has, in my view, now reached take-off speed and is ready to fly.”

Those Opposing Paleo
Despite the following, the paleo diet is well known for being ridiculed by global health experts, with the British Dietetic Association (BDA) deeming it as a “Jurassic fad!”

“A diet with fewer processed foods, less sugar and salt is actually a good idea, but unless for medical reason, there is absolutely no need to cut any food group out of your diet,” said a spokesperson from the BDA.

“In fact, by cutting out dairy completely from the diet, without very careful substitution, you could be in danger of compromising your bone health because of a lack of calcium.”

The association added that the paleo diet may also have a detrimental effect on a person’s relationship with food, as well as limiting nutritional intake.

“An unbalanced, time consuming, socially isolating diet, which this could easily be, is a sure-fire way to develop nutrient deficiencies, which can compromise health and your relationship with food,” they stated.

However, there are paleo based communities who argue the complete opposite, saying that by following a paleo style diet, consumers can reset a negative relationship with food, and generate a whole wealth of non-weight related health benefits.

Paleo Based Principles for Health – Not Just Weight Loss
The Whole30 is a key example of this. The 30-day diet plan has seen a huge amount of growth in America and other western countries. Based on the basic paleo methodology, the diet has been hugely successful.

“These foods have a lot in common with a paleo-style diet, but aren't based on what our cave-man ancestors may or may not have eaten,” Melissa Hartwig, Whole30 co-founder and New York Times best-selling author of The Whole30 tells NutritionInsight.

Hartwig explains how the Whole30, “relies on scientific research and its clinical experience to eliminate foods that, in today's modern world, may be having a negative impact on our health or relationship with food.”

“The foods eliminated on the Whole30 for the 30-day period are all based on significant scientific literature showing they are very commonly problematic, to varying degrees, across a broad range of people,” she says.

Hartwig stresses that, “It’s important to note that I'm not saying these foods are “bad,” only “unknown”.”

“Until you eliminate, reintroduce, and compare your experiences, you won't know whether these commonly problematic foods are actually a problem for you.”

Hartwig is also keen to stray away from “weight loss” as the driving force of the Whole30, and says that although obesity and its related health conditions are a bigger concern now than ever, studies show that dieting isn't the answer.

“People don't want a quick-fix, they want sustainable habits to keep them healthy and at their optimal body weight for a lifetime,” she argues.

“And they're tired of the diet cycle yo-yo, full of deprivation, starvation, and willpower-depletion; followed by guilt and shame as they can't sustain the program and regain all the weight (and then some).”

“The Whole30 is designed to jump-start radical improvements in your health, habits, and relationship with food.”

“If, through the program, you eliminate cravings, reset your metabolism, heal your digestive tract, and calm an overactive immune system - all while building new, healthy habits - reasonable and sustainable weight loss will naturally follow.”

However, despite her popular take on the paleo diet and the nutrition sector in general, the Whole30 has also seen a backlash from health professionals. In January 2017, the diet was voted 37th out of 38 diets rated by the annual US News & World Report, which stated the diet had, “No independent research and nonsensical claims,” and was “extreme and restrictive.”

The general paleo diet came in 35th on the same list.

Hartwig thinks that many people criticize the Whole30 without actually looking into the philosophy behind the program.”

“They see a long list of “non-compliant” foods and assume we're another weight loss quick-fix based around restriction and deprivation,” she says.

“I want people to understand the Whole30 is, in essence, a short-term elimination diet designed to identify food sensitivities, and not meant to be followed forever.”

“I also want to point out that eating moderate amount of meat, seafood, and eggs, lots of vegetables and fruit, and natural, healthy fats from real, whole foods for a month isn't actually “extreme.” (Just as your grandmother--it's exactly how she ate every single day!)”

An Opportunity for Innovative Paleo Products
The paleo diet remains a controversial one, and is not likely to be welcomed with open arms by official health bodies any time soon.

However, consumers are far more welcoming of the diet, and the community surrounding the paleo movement is clearly gathering momentum.

Evident in the increase of product launches worldwide, the continuing trend may be yet to reach its peak, leaving a bounty of opportunity for the health and nutrition sector to provide the products needed by the growing paleo following.

For example, the Whole30 has already partnered with a wealth of companies offering “compliant foods” that appeal to the busy consumer who lacks the time to prep compliant snacks at home.

Companies specializing in “paleo friendly” spices, oils, snacks (such as energy bars,) and meat and fish products have been introduced to a huge following just by associating their products with the diet trend.

Researchers from the Cohen Children’s Medical Center are urging regulators in the food industry to help fight the “dry scooping” trend taking off on... Read More

“The golden standard in sports nutrition”: Industry leaders expand on whey applications and its alternatives

“Wooden elephants”: Is the baobab tree ready to bloom into the superfruit trend?

Baobab arguably falls into the trendy “superfruit” category, with the fruit pulp containing 50 percent fiber, as well as minerals such as potassium, calcium... Read More