You are in : All News > Researcher calls for stricter plant-based definition amid conflicting European perceptions 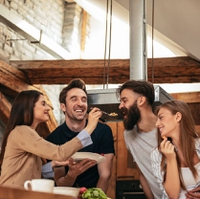 30 Oct 2019 --- Millennial consumers in European countries have wildly different perceptions toward foods marketed as being part of a plant-based diet (PBD), although many people find the term more appealing than diets that are vegetarian (VTD) or vegan (VND). This is according to a study that explored consumer awareness, knowledge and attitudes toward PBD in Belgium, Denmark, the Netherlands and Spain. The researchers are now highlighting that the concept of a PBD is promising for future health promotion initiatives in Europe, with a special focus on the provision of adequate information. They also highlight that a stricter definition of PBD is necessary.

“In the minds of some consumers, PBD can be anything from vegan to the flexitarian type of omnivore. It seems that from an industrial perspective, PBD reflects the absence of ingredients of animal origin in the formulation of their products. This shows that in terms of definition, there is still some way to go,” Dr. Federico J. A. Perez-Cueto, Associate Professor of Food Design & Consumer Behavior at the University of Copenhagen and co-author of this study, tells NutritionInsight.

Within the study, PBD is defined as consisting predominantly of foods from plant origin, while still containing limited amounts of animal-based foods. Meanwhile, VTD is marked by a general avoidance of meat. The researchers note that the diet refers to a wide variety in dietary patterns and can be specified by the presence or absence of fish, dairy products or egg consumption. This is in contrast to VND, which avoids all animal-based products in diet and lifestyle.

There were 438 participants aged 18-30 who completed an online survey. The group was predominantly female, omnivorous and highly educated. “We wanted to have young adults’ perspectives as they are the ones shaping current demand for innovation in plant-based foods. With this consideration, we designed the study as the first step for other similar studies covering more countries,” notes Perez-Cueto.

“It is likely that PBD is seen in a positive light because the term embraces health, sustainability and animal welfare, which are the three most important consumer drivers. Additionally, it provides a hint of good taste, which is the key to market success,” explains Perez-Cueto.

While he doesn’t believe that there is a fatigue of VTD and VND as terms, he notes that it would be interesting to follow the social media discourses to better understand the need (or lack thereof) for the PBD term. “VGN and VTD are consolidated concepts, and use them where they are well established, like in Belgium and the Netherlands, while PBD could be a promising strategy in other countries like Denmark and Spain.”

Differing awareness
In all countries, PBD was less well-known than VTD and VND. However, this difference was much larger in Spain, where only 38 percent of participants were aware of PBD in comparison to Belgium (55 percent), Netherlands (69 percent) and Denmark (83 percent).

Click to Enlarge In Southern Europe, the main concept is the Mediterranean diet, which is largely plant-based.The countries were chosen to create a snapshot of what is happening in Western EU regions. “It is not a census, so we cannot generalize the results to all of Europe. Country differences could be explained to an extent. For example, in Belgium, they have implemented Donderdag Veggiedag (Thursday vegetarian day) for more than ten years now, so people are more aware of plant-based options, and have practiced eating ‘delicious vegetables,’” explains Perez-Cueto.

Also, Belgium has been a pioneer in the production of plant-based dairy alternatives such as Alpro and Provamel. In Southern Europe, the main concept is the Mediterranean diet, which is largely plant-based. However, it seems that consumers in Spain are more indifferent to the terms vegan, vegetarian or plant-based.

“Some of the findings were indeed a bit surprising. Initially, we thought that young consumers would appreciate equally the term plant-based throughout Europe, so, these country differences were unexpected,” says Perez-Cueto.

Dietary recommendations point toward the need for more plant-based consumption, including a new report that shows plant-based diets are not only tied to health, but also lower environmental impacts. The findings further underline the EAT-Lancet commission’s report on a diet within planetary boundaries.

“Therefore, plant-based consumption would deliver for healthier living and for a more sustainable and responsible system of consumption and production. It would also help improve the living conditions of animals in industrial production facilities,” Perez-Cueto adds.

Future health promotion should also focus on the point that eating 100 percent plant-based is delicious. It is also nutritionally sufficient to live a healthy life, while being consumer-friendly, he concludes.

01 Apr 2020 --- A sector that was once confined to the aging population and athletes today encompasses a broader demographic. New approaches to joint health, using innovative forms... Read More