You are in : All News > Research on link between food additives and Crohn’s disease lands US$1.8m funding

The team of researchers seek to potentially develop a new, safe and low-cost dietary treatment

10 May 2019 --- Researchers from King’s College London in the UK have secured US$1.8 million in funding to research the potential link between food additives and Crohn’s disease. The funding comes from the Leona M. and Harry B. Helmsley Charitable Trust, a New York-based foundation that seeks to improve lives by supporting efforts in health and select place-based initiatives in the US and globally. The team of researchers will study food additives in order to understand their links to Crohn’s disease with the aim of identifying a new, safe and low-cost dietary treatment.

“This is a major piece of dietetic research. Current dietary treatments for Crohn’s disease are limited, but there are some emerging concepts related to diet. So we are excited to be leading one of the largest dietary trials in Crohn’s, as this might uncover a new tool to manage this burdensome disease,” Kevin Whelan, Professor of Dietetics, Head of Department of Nutritional Sciences at King’s College, tells NutritionInsight.

Crohn’s disease is a lifelong condition that causes chronic inflammation of the gut. It is widespread and affects at least 115,000 people in the UK, more than one million people in the US and millions more worldwide. The disease can be painful and debilitating. Symptoms include diarrhea, stomach cramps, fatigue and weight loss. Crohn’s disease can start at any age, but usually appears for the first time between ten and forty years of age, a crucial period in people’s lives.

Over 70 percent of people with Crohn’s disease report that what they eat affects their disease and yet diet is not routinely included as a potential treatment option. Research into dietary changes such as having more fruit and vegetables, or less fatty food has so far failed to improve disease prevention or management. 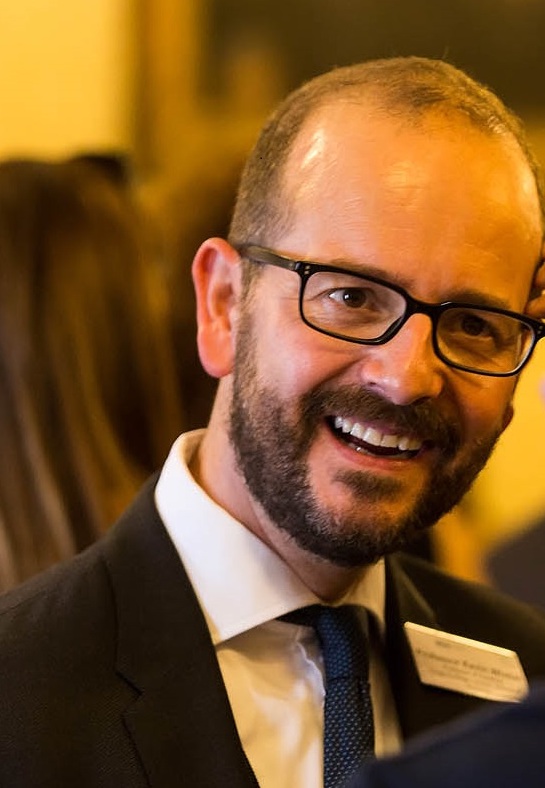 Click to EnlargeKevin Whelan, Professor of Dietetics, Head of Department of Nutritional Sciences at King’s CollegeAccording to Whelan, previous studies have shown that some food additives might impact the gut. “For example, studies in the lab show that where there is a risk of Crohn’s disease, some food additives affect the gut bacteria, increase the leakiness of the gut and may cause inflammation. But studies have never investigated the effect of cutting some food additives from the diet,” Whelan notes.

“Our research will be the first placebo-controlled clinical trial of its type and will generate the data we need to understand the effect food additives are having in the gut and most importantly whether changing what you eat can improve symptoms for people with Crohn’s disease,” he adds.

The team thinks that food additives cause changes to the bacteria in the gut, which may trigger the activation of genes that regulate intestinal inflammation. The trial, therefore, will not only monitor patients’ symptoms but will include an analysis of the types of bacteria present (microbiome sequencing) and what they are doing (microbiome transcriptomics) as well as an examination of the gut immune cell signaling.

“Participants will be randomized to a diet with either low levels or normal levels of food additives for eight weeks. We will measure clinical remission using scoring tools and fecal calprotectin, the gut microbiome composition and activity in both stool and mucosa and immunology signaling to the gut,” says Whelan.

“People with Crohn’s disease who would like to be involved in the study should ask gastroenterologists at these hospitals for further information,” says Dr. Megan Rossi, Research Fellow, in the Department of Nutritional Sciences and Co-Investigator.

The news comes as afflictions relating to the microbiome and its effect on overall health are receiving increased attention. Emerging studies on the impact of the gut on health are strongly suggesting a significant link. The space not only allows for further research but for NPD as well, such as personalized gut testing and targeted products.

A recent study from the Case Western Reserve University and University Hospitals (UH) Cleveland Medical Center found that a patent-pending probiotic mix may help shield patients who suffer Crohn’s and other gastrointestinal (GI) diseases from harmful biofilms – antibiotic-resistant microbial communities. The study tested the ability of a novel probiotic to prevent and treat biofilms containing yeast bacteria. The findings show that the probiotic weakened the bacteria and stunted its growth.

Yakult, recently launched a new synbiotic drink to the South Korean market, enriched with MicrobiomeX – an active flavonoid ingredient developed by BioActor. The company’s foray into the flavonoid space for gut health marks “a first for the microbiome space,” Hans van der Saag, CEO and Founder of BioActor, tells NutritionInsight.

In the same space, OptiBiotix’s LPLDL, a “next-generation” probiotic that uses a naturally-occurring strain of the bacterial species Lactobacillus Plantarum, has been shown in randomized controlled human studies to deliver “tangible health benefits.”

07 Feb 2020 --- A new collaboration between Danone Nutricia Research and the University of California, San Diego’s Microsetta Initiative is recruiting hundreds of US citizens... Read More

Pre- and probiotics in synergy set the stage for NPD: Experts discuss innovations and applications

06 Feb 2020 --- Gut health is fast becoming the cornerstone of human health with research highlighting its influence on a range of health areas. From brain to skin health and... Read More