You are in : All News > Pomegranate extract may help regulate appetite and curb food intake, research uncovers 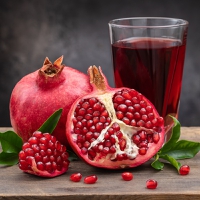 22 Sep 2022 --- The polyphenol-rich pomegranate extract Pomanox can increase satiety and the feeling of fullness while reducing the desire to eat following meals. According to a new study, this may present novel treatments and approaches to treating obesity and obesity-related illnesses.

The pomegranate extract in Pomanox decreased hunger and increased the feeling of fullness following meals.“We are expanding our Mediterranean line and our research plans,” says the spokesperson. “A new product for joint health extracted from cucumbers will be launched next.”

Establishing a baseline
The three-week, placebo-controlled, independent study conducted at Queen Margaret University in Edinburgh, Scotland, included 28 male and female participants from 18 to 65 years of age. All of the participants had a body mass index (BMI) between 18 and 34.9 kg/m2 and no history of cardiovascular diseases or diabetes.

The participants were split into two groups of 14 and given either a Pomanox pomegranate extract capsule with 210 mg of punicalagin and 328 mg of polyphenols or a placebo pill. The volunteers then took the pills before breakfast and lunch every day for three weeks and came back to the university for testing on the last day of the third week.

They were further asked not to change their diet or habits during the trial but were requested to refrain from drinking alcohol and extra physical activity on the day before testing.

“On week three, satiety parameters were determined on the testing day after participants ingested a breakfast and a lunch meal with pomegranate juice (PJ) or placebo juice,” explains Zangara.

“The study found an overall significant difference between the groups with the Pomanox group experiencing significantly greater satisfaction and feeling of fullness than those in the placebo group.”

“These findings suggest that consumption of PE could have the potential to modulate satiety indicators, adding support to the already ample scientific evidence indicating it improves both the management and outcomes of metabolic and cardiovascular issues,” underscores Zangara. The polyphenols in the pomegranate extract may also help regulate glucose production and lipid metabolism.

“The findings, moreover, suggest these fruit components may improve our eating experience, supporting satisfaction and promoting frugality without compromising on satisfaction or pleasure.”

Free radicals to the rescue
The researchers further explain that dietary antioxidants and free radicals within the PE may be the mechanism by which the supplement curbs appetite.

“As satiation is directly linked to total energy intake, then antioxidant and polyphenol consumption may possess possible mechanisms which could assist in food intake restriction,” Zangara elaborates. “We already know plant components as the polyphenols provide regulation of glucose and lipid metabolism as well as targeting adipocyte differentiation.”

“Dietary polyphenols may also lower growth of the adipose tissue through their antiangiogenic activity,” he concludes. “One well-recognized approach for limiting food intake is to replicate the signaling effects of a full gut or the effects of a recent meal.”

Euromed, founded in 1971 by Madaus and now with Dermapharm Group, is the premium reference brand for research and quality control expertise in development and production of pharmaceutical-grade standardised botanical extracts. Traceability, transparency and sustainability are our pillars. Inspired by the Mediterranean diet Euromed has launched a line of science-based Mediterranean Fruit and Vegetable Extracts™ to match the increasing consumer demand for safe and natural options to support well-being and health.

We identify, cultivate, harvest and research the finest botanicals, quality controlled from seed to final extract. Our supply chain is sustainable, transparent and traceable.

All extracts comply with worldwide GMP (Good Manufacturing Practice) norms, international pharmacopoeias and regulations. EUROMED has a long history of expertise in research and development, laboratory analyses and extraction technologies and is committed to the highest quality standards in terms of analytical, chemical and evidence-based therapeutic aspects.

Commitment to environmental sustainability is one of the core values at Euromed and part of the company's DNA. The Barcelona and Murcia extraction facilities in Spain are the recipients of seven industrial certifications, including ISO 14001 for environmental sustainability. This is verification of responsible industrial practices such as recycling botanical waste for compost, animal feed or use in fabric dyes and employment of facility wastewater treatment before being released into the municipal system.

Inspired by the documented health benefits of the Mediterranean Diet (MD), rich in beneficial ingredients such as polyphenols, antioxidants, unsaturated fatty acids, carotenoids, phytosterols and non-digestible carbohydrates, Euromed Innovation Center responds to an increased consumer demand for plant-based and eco-friendly food supplements with its line of evidence-based Mediterranean Fruit and Vegetable Extracts™ for well-being and healthy ageing.

Some of the most valuable health properties of these food components are represented in Euromed’s Mediterranean Fruit and Vegetable Extracts™ line from pomegranates (Pomanox®), olives (Mediteanox®), figs (ABAlife®), artichokes (Cynamed®), lemons (Wellemon®) and spinach leaves (Spisar®). 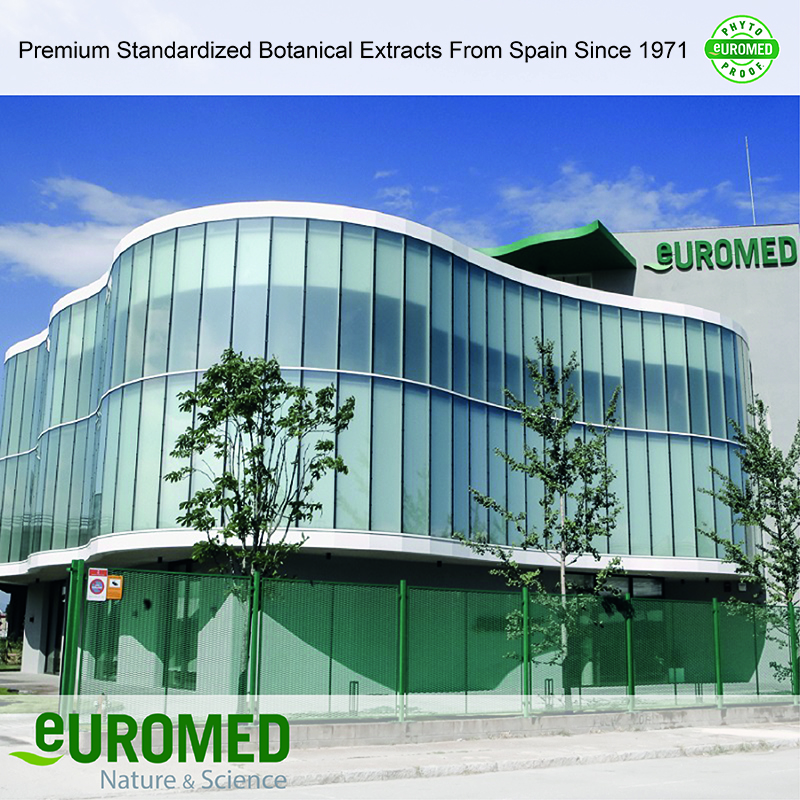 A total of 57,000 premature deaths in Brazil were attributed to the consumption of ultra-processed foods (UPFs) in 2019, according to research published in the American... Read More