You are in : All News > Heavy Alcohol Use in Teenagers Alters Brain Electrical Activity 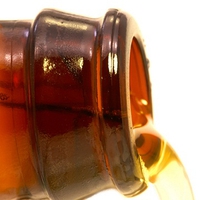 18 Jan 2017 --- Long-term heavy use of alcohol in adolescence alters cortical excitability and functional connectivity in the brain, according to a new study from the University of Eastern Finland and Kuopio University Hospital.

These alterations were observed in physically and mentally healthy but heavy-drinking adolescents, who nevertheless did not fulfill the diagnostic criteria for a substance abuse disorder.

The findings were published in Addiction Biology.

Constituting part of the Adolescents and Alcohol Study, the study analyzed the effects of heavy adolescent drinking on the electrical activity and excitability of the cortex.

The study did a follow-up on 27 adolescents who had been heavy drinkers throughout their adolescence, as well as on 25 age-matched, gender-matched and education-matched controls with little or no alcohol use.

The participants were 13 to 18 years old at the onset of the study. At the age of 23–28, the participants’ brain activity was analyzed using transcranial magnetic stimulation (TMS) combined with simultaneous electroencephalogram (EEG) recording.

In TMS, magnetic pulses are directed at the head to activate cortical neuronal cells. These magnetic pulses pass the skull and other tissues, and they are safe and pain-free for the person undergoing TMS. The method allows for an analysis of how different regions of the cortex respond to electrical stimulation and what the functional connectivity’s between the different regions are.

The effects of long-term alcohol use haven’t been studied among adolescents this way before. The cortical response to the TMS pulse was stronger among alcohol users. They demonstrated greater overall electrical activity in the cortex as well as greater activity associated with the gamma-aminobutyric acid, GABA, neurotransmission system.

There were also differences between the groups in how this activity spread into the different regions of the brain. Earlier research has shown that long-term, alcoholism-level use of alcohol alters the function of the GABA neurotransmission system.

GABA is the most important neurotransmitter inhibiting brain and central nervous system function, and GABA is known to play a role in anxiety, depression and the pathogenesis of several neurological disorders.

The study found that alcohol use caused significant alterations in both electrical and chemical neurotransmission among the study participants, although none of them fulfilled the diagnostic criteria of a substance abuse disorder. Moreover, in an earlier study completed at the University of Eastern Finland, also within the Adolescents and Alcohol Study, cortical thinning was observable in young people who had been heavy drinkers throughout their adolescence.

For young people whose brain is still developing, heavy alcohol use is especially detrimental. The findings of the study warrant the question of whether the diagnostic criteria for substance abuse disorders should be tighter for adolescents, and whether they should be more easily referred to treatment.

The use of alcohol may be more detrimental to a developing brain than previously thought, although it takes time for alcohol-related adverse effects to manifest in a person's life.

19 May 2020 --- Feeding kefir to mice has modulated their behavior via the gut-brain axis (GBA), according to a new APC Microbiome Ireland study. Its findings show that two... Read More

19 May 2020 --- US-based beverage brand Yuno has launched a line of “BioTactical Drinks” designed to be mixed and matched to promote energy, focus, memory retention,... Read More

18 May 2020 --- The importance of the gut-brain-axis is increasingly highlighted by research which links the microbiome to mental well-being. In this spirit, plant-based player... Read More