You are in : All News > Experts cast doubt on golden rice viability as the Philippines gives greenlight 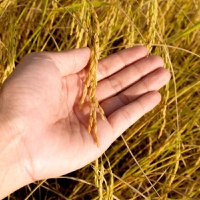 11 Feb 2020 --- Despite long being heralded as an efficient strategy to reduce vitamin A deficiency (VAD), golden rice is still marred with issues that prevent its effective use. This is according to a study, which comes on the heels of the Philippines becoming the first developing country to approve the genetically-modified rice at the end of last year. Using surveys and interviews of more than 115 rice farmers in the Nueva Ecija region, considered part of the “rice bowl” of the Philippines, the researchers argue that it still needs to be approved for commercial sale and produced in marketable quantities of seed. Potentially most concerningly, the rice – which is enriched with beta-carotene – may not even address VAD in the target population.

“Unless the seed is planted, and the grain can be channeled to people who might benefit from it, then golden rice cannot have much impact on the prevalence of VAD. This is not to say that the availability of golden rice would not add a new dietary source of beta-carotene to the range of foods available to consumers, which would not be a bad thing to do. However, there are many foods that contain either vitamin A or beta-carotene, and it is useful to ask whether a staple grain like golden rice would add much to the picture,” study co-author Dominic Glover, a rice researcher at the Institute for Development Studies at the University of Sussex, tells NutritionInsight.

The first barrier is ensuring that farmers plant the rice, specifically without a subsidy or a clear sign of market demand. However, many families with VAD children do not have enough rice land to plant it. Meanwhile, people in the mountains won’t plant it because it has been bred into the lowland varieties of rice known as IR-64 and RSC-82.

Assuming large quantities of golden rice are grown, the next step would be to channel it to target populations of consumers. This could be through the market or other means, which can be complicated by the poverty and malnourishment that people with VAD generally face. It is also crucial to ensure that if people do manage to consume the rice, the beta-carotene has survived storage, transport and cooking.

“The most important insight from our paper is that any intervention into an agrifood system, which is intended ultimately to improve the nutritional status of a particular population at risk of malnutrition, should be designed around a clear and realistic pathway by which the beneficial impact is to be realized. In the case of golden rice, it is not enough simply to develop the new varieties and release them to farmers,” says Glover. 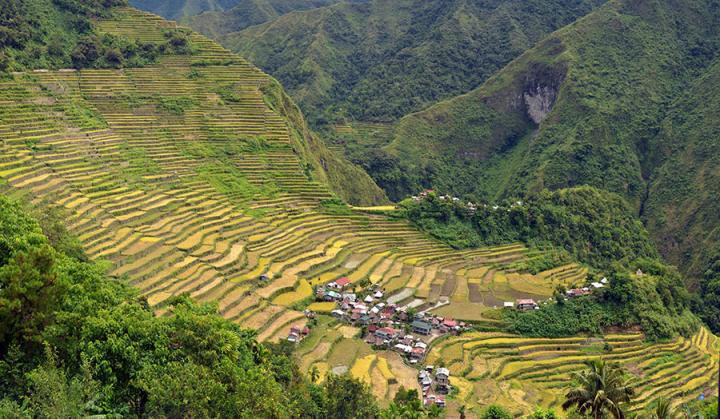 Click to EnlargeThe first barrier is ensuring that farmers plant the rice.Vitamin A conversion?
The final step is to ensure that the target population is capable of converting beta-carotene into vitamin A, meaning that the beta carotene must be metabolized and blood serum levels of retinol need to increase. However, vitamin A is fat-soluble, which is something that children with VAD also lack. Additionally, these children usually suffer from gut parasites and infections that make it even harder for the conversion to take place.

Furthermore, the Philippines has already managed to cut its childhood vitamin A deficiency rate in half with conventional nutrition programs, points out co-author Glenn Davis Stone, Professor of Sociocultural Anthropology and Environmental Studies in Arts & Sciences at Washington University in St. Louis, US.

“If golden rice appears on the market in the Philippines by 2022, it will have taken over 30 years of development to create a product that may not affect vitamin levels in its target population, and that farmers may need to be paid to plant,” he adds.

Looking at the broader picture, Glover believes that a combination of different methods and strategies are likely to be needed to combat nutritional deficits – vitamin A included. However, these solutions may look different for different locations. He concedes that it is possible that, eventually, golden rice could have a role to play in improving the nutritional status of rice consumers.

Other forms of bolstering nutrients
Biofortified crops are a key way to increase micronutrient levels to address preventable deficiencies of essential vitamins and minerals. However, Maria Nieves Garcia-Casal, Scientist, Nutrition and Food Safety Department for the World Health Organization, previously told NutritionInsight that it should be used as part of a comprehensive food system.

Glover points to other examples of transgenic approaches to biofortify other crops, such as sweet potatoes. While boosting the levels using transgenic methods is not necessarily a bad thing to try, it may not be essential because advances in nutritional content can also be achieved using conventional breeding approaches. The keys to crop improvement are identifying traits of interest and trying to amplify or introduce them, which might be done with transgenic or non-transgenic approaches,” he concludes.

21 Apr 2020 --- The World Health Organization (WHO) has issued new guidelines to detect iron deficiency and overload to prevent severe consequences, such as anemia and poor... Read More