You are in : All News > Deep ocean minerals study shows improved blood flow and exercise recovery in men: CK Nutraceuticals 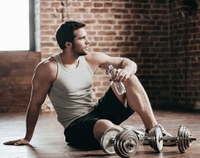 Participants were orally supplemented with DOM or a Placebo in drinks before, during and after high-intensity cycling exercise. The flow of blood to the brain was monitored by near-infrared spectroscopy (NIRS). The results suggest that DOM has great promise for improving the delivery of blood to the brain, and supporting post-exercise recovery, particularly in middle-aged men. It observed significant increases in cerebral hemodynamic response during the DOM trial after 15 minutes of cycling.

The DOM used in the study is manufactured by Pacific Deep Ocean Biotech (PDOB), and is distributed in North America by CK Nutraceuticals. Using a proprietary, patented process developed by PDOB, DOM is extracted from desalinated minerals and trace elements from seawater collected approximately 200 meters below the surface of the earth. It contains more than 70 minerals and trace elements. Science has demonstrated that the purity of ocean water at specific depths is unparalleled, and that the nutrient profile is vastly superior to that of surface water. DOM has applications in sports nutrition formulas, RTD beverages, functional foods, meal replacement powders, mix-in powders, and dietary supplements.

The study, Deep Ocean Mineral Supplementation Enhances the Cerebral Hemodynamic Response during Exercise and Decreases Inflammation Postexercise in Men at Two Age Levels was published in Frontiers in Physiology on December 12, 2017.