You are in : All News > Could CBD reduce aggression? CBD-dosed mice half as likely to attack intruders

Could CBD reduce aggression? CBD-dosed mice half as likely to attack intruders 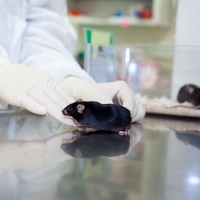 31 Jul 2019 --- Cannabidiol (CBD) attenuates the aggressiveness induced by social isolation, a Brazilian study has concluded. As one of the first studies to investigate the impact of the cannabis-derived compound on aggression, the findings may widen the potential health-halo of the trending ingredient.

“CBD has been studied in various contexts over the past 20 years, but very little research has been done into its effects on aggressive behavior,” says Francisco Silveira Guimarães, Full Professor at Ribeirão Preto Medical School USP and leader of the study.

Touted for its potency in alleviating a wide range of health conditions from anxiety to epilepsy – CBD is growing increasingly popular in food, beverage and nutritional applications. However, the hard science on the ingredient has been somewhat hazy.

In April, a study found that CBD could have a new application as a “Trojan horse” – helping slip medications across the blood-brain barrier (BBB) and into the brain. Research of this effect was conducted by scientists at the Complutense University in Spain, through a mouse study.  Medication absorbed quicker and more efficiently with help from CBD reduces the need for high dosages, thus lowering the risk of toxicity, according to the researchers.

Inside the study
To determine whether the effects of CBD could alter the resident’s aggressive behavior, the researchers injected four groups, each comprising six to eight male mice, with different doses.

A fifth group acted as a control and was not given CBD. The mice in this group displayed classical resident-intruder behavior. The first attacks by residents on intruders occurred two minutes after they were confronted on average. Between 20 and 25 attacks were recorded while the animals were in the same cage.

In the first group, resident mice received a cannabidiol dose equivalent to five milligrams per kilo (mg/kg). Each male weighed 30-40 grams. Attacks began approximately four minutes after intruders entered the cage, double the time taken for control mice to begin attacking intruders, and the number of attacks fell by half.

The second group received 15 mg/kg and behaved less aggressively than any of the others. Attacks began 11 minutes after the intruder’s arrival on average, and the number of attacks averaged only approximately five per cage.

The third and fourth groups received 30 mg/kg and 60 mg/kg, respectively, but these higher doses did not result in more intense inhibition of their aggressiveness. In contrast, attacks began sooner, and the number of attacks was also slightly higher.

“This reduction in the effect of cannabidiol at higher doses was expected from the results of other studies. In experiments to investigate its potential as an antidepressant, for example, higher doses led to lower effects after an initial gain. In our experiment, if we had tested 120 mg/kg on a group of mice, we might not have obtained any inhibition of the resident’s aggressiveness at all,” Guimarães says.

Blocking the effect
Because the scientists already knew that cannabidiol facilitates activation of the 5-HT1A serotonin receptor, they repeated the resident-intruder model in a second batch of experiments, but now administered different doses of the 5-HT1A receptor antagonist WAY100635.

The aim was to determine whether the anti-aggressive effect of cannabidiol could be cancelled out or attenuated using WAY100635, as the researchers hypothesized.

“That was indeed the case. In resident mice given intermediate doses of WAY100635 before cannabidiol, the time it took for the first attack to occur after the intruder entered the cage was very close to the time taken by residents in the control group to attack. Control mice weren’t given the drug and began attacking intruders after about two minutes,” explains Guimarães.

The same applied to the number of attacks. All mice given WAY100635 before cannabidiol, regardless of the dose, attacked intruders almost as many times as the controls.

Data from the literature and the laboratory itself suggest that CBD also inhibits an enzyme that metabolizes the endocannabinoid anandamide. Endocannabinoids are neurotransmitters produced throughout the central nervous system, including the brain. Anandamide binds to type 1 cannabinoid receptors (CB1), which are also activated by THC, the main psychoactive CBDin marijuana.

To determine whether this mechanism might also be involved in the anti-aggressive effect of cannabidiol, the researchers conducted a resident-intruder test using AM251, a CB1 receptor antagonist, combined with cannabidiol. The results were similar.

“The anti-aggressive effect of cannabidiol was attenuated by WAY100635, the 5-HT1A receptor antagonist, when dosed at 0.3 mg/kg, and by AM251, the CB1 receptor antagonist, at one mg/kg, suggesting that cannabidiol attenuates isolation-induced aggressive behavior by means of a mechanism associated with activation of 5-HT1A receptors and CB1 receptors,” Guimarães said.

“We don’t yet know how the 5-HT1A and CB1 receptors affect aggressiveness in mice, but the activation mechanisms involved appear to be different in each case.”

The research, based on a mouse model, was performed by scientists at the University of São Paulo’s Ribeirão Preto Medical School (FMRP-USP) in Brazil. The results have been published in the journal Progress in Neuro-Psychopharmacology and Biological Psychiatry.

On September 3-7, a broad scope of latest advances, discoveries and heated debates in medical cannabis research will be covered at PAINWeek 2019, a US conference for frontline clinicians with interest in pain management and alleviation. Among the broad range of topics covered will be CBD and its potential role in therapeutics.

05 Aug 2020 --- US-based Santé Laboratories has become the first laboratory to test Texas-grown hemp for total tetrahydrocannabinol (THC), according to the company.... Read More

In the chill-zone: CBD emerges in new product formats, blazes on in new markets

29 Jul 2020 --- Busy lifestyles and stress induced by the COVID-19 pandemic have boosted demand for hemp and cannabis-based cannabidiol (CBD), which is consumed for its relaxant... Read More