You are in : All News > Algal omega market dynamic and ripe for future innovation, says DSM exec 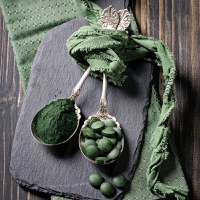 11 Nov 2019 --- The market for algal oil in human nutrition currently exceeds 4,000 metric tons a year, with the early life nutrition segment accounting for the largest proportion. Now, there is a significant move toward dietary supplement and food and beverage sectors. This is according to Rafael Hinojosa, Commercial Manager, Nutritional Lipids, DSM EMEA, who speaks with NutritionInsight on the mammoth potential of the plant-based source of omega 3 fatty acids, eicosapentaenoic acid (EPA) and docosahexaenoic acid (DHA). DSM recently entered a 50:50 joint venture with Evonik, which is just one recent foray into the space by major players.

“With over 30,000 clinical studies and research papers on the subject, EPA and DHA are well-established nutrients in the nutritional arena, with consumers seeking effective solutions that can provide health benefits in different areas including cognitive, cardiovascular and infant nutrition health,” Hinojosa says.

While algal fermentation in the nutrition space is not new, components of the current consumer landscape have elevated the space. As noted by Hinojosa, the increasing popularity of algal omega 3 solutions is being driven by three key factors. These are the increased awareness of sustainability, a growing trend for vegetarian and plant-based options and developing concerns about environmental contaminants, which can be found in non-algal sources of omega 3 oils.

In addition, according to research by DSM, over 70 percent of the global population make purchasing decisions based on “naturalness” when considering a packaged food and beverage product, while 40 percent believe it is important when buying dietary supplements.

This, together with a growing number of individuals following elimination diets, such as vegetarianism and veganism, suggests that consumers will be seeking to compensate for their deficiencies with dietary supplements. Algal sources of omega 3 oils, therefore, present a “natural’ solution,” while meeting manufacturers’ needs for highly potent products with health benefits.

Indeed, the space has seen a flurry of recent activity. Earlier this year, French marine lipid expert Polaris gained European authorization for its new, “super-concentrated, ultra-purified” algal omega 3 oil. It combines ultra-high concentration with properties increasingly demanded by the markets, such as sustainable sourcing from microalgae and extraction without solvents.

But experts have previously highlighted that although omega 3 has moved into the mainstream track of supplements, it is vital to maintain positive momentum to prevent consumer fatigue, or even apathy.

DSM and Evonik tie-up for algal omega
“Veramaris is a 50:50 joint venture between DSM and Evonik and is an essential part of our innovation project for long-term growth. It forms part of our purpose-led, performance-driven strategy. Veramaris produces omega 3 fatty acids, EPA and DHA, from natural marine algae for animal feed such as salmonids and shrimp,” explains Hinojosa.Click to Enlarge A growing trend for vegetarian and plant-based options is driving consumer interest in algal omega.

“Produced through industrial-scale land-based fermentation, algal oil is a high-quality alternative source of EPA and DHA omega 3 fatty acids. Its use helps conserve biodiversity in the oceans, enabling the continued sustainable growth of aquaculture within planetary boundaries,” he adds.

Indeed, Veramaris offers a high-value algae-based oil with two to three times the levels of EPA and DHA than fish-oil. When used as feed, this allows salmon farmers to increase the omega 3 content of their products, thus bringing it much closer to the levels of wild salmon.

The JV also aims to support the conservation of marine life. The product relieves pressure on global fisheries allowing them to recover annual production of algal oil, which could help to conserve over 1.2 million metric tons of wild-caught fish – equivalent to all the fish caught in the Mediterranean Sea annually.

“Veramaris combines it all: A start-up spirit and agility, backed-up by the commitment of two major players. DSM has world-leading expertise in the cultivation of omega 3 rich marine organisms, including algae and long-established biotechnology development and operations.

Click to EnlargeAlgal omega use was typically dominated by the early life nutrition market, but now it is diversifying.Customers and value chain stakeholders are open to sustainable alternatives when they’re reassured about meeting long-term needs, quality and scalability of supply,” Hinojosa affirms.

A dynamic market
Essentially, the market for algal omega is dynamic and only shows signs of advancing.

“There are plenty of opportunities for future innovation. At DSM, we are continually investing in R&D in this segment, developing solutions and ingredients to meet growing consumer demand, as well as new processing and refining technologies.”

It recently launched an oil which is unique in the market, called life’s OMEGA. It is unique because it reportedly is the only algal oil with meaningful levels of EPA – it contains 150mg of EPA as well as 300mg of DHA. “life’sOMEGA is the fastest growing product in our algal oil portfolio, and we are very excited about its growth prospects. In addition, we are working on the next generation of this product with even higher levels of EPA,” he adds.

“Plus, more people become aware of the health benefits of omega 3 fatty acids, there is a need to deliver higher levels of EPA and DHA in high quality, convenient formats. DSM’s recently launched life’sDHA S24-P100 was developed to allow our customers to deliver higher levels of DHA across a broad range of applications, including gummies and soft chews,” he concludes.

08 Jan 2020 --- With the year only a week old, its strong start in NPD releases could provide an initial glimpse of what the new decade may hold. Reformulation continues to be key,... Read More

08 Jan 2020 --- Plant-based protein products brand Only What You Need (OWYN), has announced a growth investment round led by PowerPlant Ventures (PowerPlant), who joins existing... Read More