You are in : Probiotic Product Shows Potential Implications in Respiratory Medicine 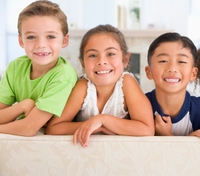 23 Sep 2010 --- A promising randomized, double-blind, placebo-controlled pilot study, conducted in partnership with Laboratoires Urgo (France), showed that ProbioKid was able to reduce the relative risks of any infectious event by 25% in children during the winter period, as compared to placebo.

Sep 23 2010 --- Professor Mario Cazzola, Chief of the Respiratory Clinical Pharmacology Unit at the University of Rome ‘Tor Vergata’, Italy, presented today results of a randomized study conducted to evaluate the effects of a synbiotic preparation (ProbioKid, Institut Rosell-Lallemand, Montreal, Canada) on the incidence of infectious episodes in children during the winter period. ProbioKid (distributed in France by Laboratoires Urgo under brand name Immunostim) is the association of three well-characterized probiotic strains from Institut Rosell collection and a prebiotic.

This promising randomized, double-blind, placebo-controlled pilot study, conducted in partnership with Laboratoires Urgo (France), showed that ProbioKid was able to reduce the relative risks of any infectious event by 25% in children during the winter period, as compared to placebo. This result is backed by mechanistic and pre-clinical studies that showed the ability of this particular probiotic preparation to modulate the different types of immune response (Th1 and Th2), with potential implications in the management and prevention of allergic diseases such as asthma. The pre-clinical data have also been presented this week at the European Respiratory Society (ERS) congress. If probiotics are regularly discussed at gastroenterology medical conferences, these studies mark their entry into the world’s largest gathering of lung experts

Pr Mario Cazzola commented: “Our basic study suggests that the synbiotic combination could be considered as a possible prophylactic agent to reduce the adverse effects of either TH1 or TH2 biased disease states. Obviously, it would seem simplistic to assume that a single supplementation would suffice to counter the plethora of allergic diseases and, in any case, since extrapolations to humans must be considered with caution, clinical trial assessment is required to elucidate whether this modulation might be useful in the prevention and treatment of allergic diseases.
In any case, our clinical trial suggests a clinically relevant beneficial effect of a 3-month daily synbiotic regimen in preventing usual acute infectious illnesses, without carrying risk, in a school age population of 3-7 year-olds. In view of the potential clinical and social impacts that a synbiotic treatment may have, a large confirmatory trial and additional in vivo studies to identify the immunologic mechanisms that produce these benefits should be recommended.”

The study was conducted during the winter of 2006-2007 and involved 135 healthy, school-age children who had suffered from at least three episodes of ear-nose-throat (ENT), bronchopulmonary or gastric disorder during the course of the previous winter. The study found that a three-month daily supplementation with ProbioKid* during the winter was able to significantly reduce the risks of common infections in children.

In addition, it was shown that only 25.8% of children in the probiotic group missed at least one day of school vs. 42.5% in the placebo group (P<0.05). No treatment-related side-effects were reported.
Dr Jean-Charles Kerihuel, a pediatrician who supervised the clinical study explains the design and significance of the study “In pediatrics, it is often difficult to discriminate between infectious episodes in winter, and reducing the number of episodes is not significant for the parents or the clinician: what is more important is to prevent the first infectious event of the season. This is why the investigators chose to look at the effect of the probiotic on the number of children who developed any number of infectious events during the course of the study, rather than the number of episodes. Interestingly, ProbioKid was able to reduce the risk of any infectious event by 25% in children when compared to placebo. The significant reduction of school absenteeism in children was also a very good criteria and an important benefit for parents.”

ProbioKid is produced by Institut Rosell-Lallemand and distributed around the world by healthcare and pharmaceutical companies, including Urgo in France (brand name Immunostim), Merck in Poland, Ivancic in Serbia, Procaps in Central America… ProbioKid was first launched by Biostime in China in 2003, where it is today the number one brand of children’s probiotic products (Biostime Probiotic Sachet for Children).

The term probiotic comes from the Greek: “For Life”. Probiotics have been defined by the FAO/WHO as “live-microorganisms which, when administered in adequate amounts, confer a health benefit on the host”.

Probiotics may alleviate nausea and vomiting in pregnancy, study finds

Probiotics may be the answer to pregnancy-related nausea, vomiting and constipation symptoms, according to a study conducted at the University of California Davis School... Read More

ADM has completed its acquisition of Deerland Probiotics & Enzymes. While the financial details of the purchase have not been released, the agri-food giant is... Read More