You are in : New Study Confirms Sustained Vascular Benefits of Resveratrol Product 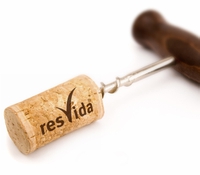 04 Oct 2012 --- The double blind placebo-controlled trial was conducted by a research team led by Professor Peter Howe at the University of South Australia, Adelaide. 28 subjects were supplemented with 75mg Resvida per day for six weeks.

4 Oct 2012 --- A new study validates the beneficial role of resveratrol in the support of cardiovascular health. Presented at the 24th Scientific Meeting of the International Society of Hypertension in Sydney, the results demonstrate that regular supplementation with DSM Resvida resveratrol has a positive and sustained effect on circulatory function in obese, mildly hypertensive adults.

The double blind placebo-controlled trial was conducted by a research team led by Professor Peter Howe at the University of South Australia, Adelaide. 28 subjects were supplemented with 75mg Resvida per day for six weeks. This resulted in a significant 23% increase in vasodilator function (measured by flow-mediated dilatation, FMD), compared with the placebo. The extent of improvement was greater in subjects with poorer initial vasodilator function. This is important as a decreased vasodilator response is an early biomarker for cardiovascular risk and associated with obesity and hypertension.

The results substantiate previous findings by the same research group that single doses of Resvida can improve vasodilator function. This new study shows that this acute effect persists with regular Resvida supplementation, resulted in continued improvement of circulatory function. Resvida was found to be safe and well tolerated in all subjects.

Although many food and beverages contain resveratrol, it is only in small amounts. The highest concentrations are found in whole grapes used for making red wine. However, one liter of pinot noir contains only 3.1 mg of resveratrol. Based on existing studies, the best results can be achieved with doses starting at 30 mg per day in order to see the health benefits. This would equal the amount of resveratrol contained in about 10 bottles of red wine. DSM’s Resvida provides a better and effective way to obtain adequate amounts of this antioxidant, contributing to improved circulatory function, healthy ageing and longevity.

Bruno Baudoin, global business manager at DSM comments: “This study affirms once more the positive effects of resveratrol on cardiovascular health. DSM is proud to offer Resvida – an effective form of trans-resveratrol – to the market. Suitable for use in various types of foods and dietary supplements, it has little or no impact on flavor and color characteristics. As such, it is the ideal ingredient for manufacturers looking to incorporate the benefits of resveratrol into their products and its self-GRAS status and 99 per cent purity bring peace of mind and reassurance to both our customers and the consumers of their products.”

As an active ingredient in red wine, resveratrol has been linked to the so called ‘French paradox’:  despite consuming a diet high in saturated fat, French people enjoy robust cardiovascular health when compared to other Western countries. Their modest but regular consumption of red wine is said to play a key role in this phenomenon.

Resveratrol taken from Japanese knotweed holds potential for replacing the nitrite preservative in cured meats such as bacon and sausages, according to a new UK study.... Read More

Royal DSM is reorganizing its Health, Nutrition & Bioscience activities into three business groups as it begins a review of strategic options for its Materials... Read More