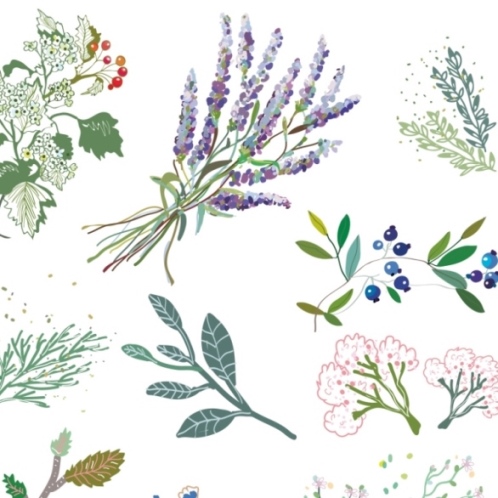 Trade disputes and the botanicals sector

Trade disputes and barriers around the world are forming a major point of discussion, with the food and nutrition industries impacted by several recent moves. At the beginning of August, it became official when the US imposed tariffs on US$34 billion worth of Chinese imports. After a series of retaliations, the latest is a proposal by the Trump Administration for an additional 10 percent duty on USS$200 billion worth of Chinese imports. There are a large number of botanical and botanical-derived ingredients listed in the proposal. Botanical extracts and other items, on the other hand, already have duties and this proposal will further raise them. George Pontiakos, President/CEO of BI Nutraceuticals believes that the tariffs are reasonable and do offer perspective.

Displaying Results for : Latest Podcasts | All

This week’s NewsBite Podcast delves highlights the potential of AHCC, an extract from the Japanese shiitake mushroom to clear HPV infection.The US is still trying to get  a grip on infant formula shortages with Abbott Nutrition and Bellamy’s Organic imports, while companies are eyeing partnerships, in a bid... Read More

Today’s NewsBite Podcast delves into industry criticism surrounding an FDA knowledge campaign about dietary supplements, accusing it of being too focused on the risks. A study argues vitamin supplements are a “waste of money” while the UK government is eyeing industry education amid a CBD boom in food... Read More

This week's NewsBite Podcast delves into research on the gut microbiome and guidelines to increase diet-microbiome-host connections. Industry is seeing increased interest in psychedelics while the UK government was criticized over its food strategy report.

This week’s NewsBite podcast details steps taken by the USDA to tackle critical infant formula shortages sweeping the US. Meanwhile, a study finds that muscle stem cells have been proven to be resilient to stress from fasting. Researchers have also found that detecting genetics from the placenta may identify... Read More

This week’s NewsBite podcast details how UK supermarkets may see gene-edited tomatoes rich in vitamin D3 hit supermarket shelves. EU infant formula shipments to the US are accelerating, while DSM partnered with the World Food Programme to scale up rice fortification.

This week’s NewsBite podcast details that the patented Affron by Pharmactive Biotech Products aids individuals with low mood. Meanwhile, Japanese Morinaga Milk has registered its probiotic in China as an ingredient in infant and toddler milk. After receiving clearance from the FDA, Abbott is set to reopen... Read More

This week’s NewsBite podcast details the FDA crackdown on delta-8 THC and CBD products, while examining how Clasado Bioscience scored a positive opinion from the European Food Safety Authority on its Bimuno probiotic’s novel food status.

This week’s NewsBite podcast details how peptides are the secret to unlocking AI innovations for active ingredients. Formulators are changing strategies by addressing mental health and gender, while  Oxfam is calling on the IMF to abandon austerity demands, as the crisis surrounding the cost of living fuels... Read More

This week’s NewsBite podcast details UK regulations on calorie information, the Action on Sugar and the Obesity Health Alliance findings on sugar reduction in the industry, and an inspection of the Abbott nutrition facility in Sturgis.

This week’s NewsBite podcast details how the food as medicine movement is being hampered by widespread misinformation. Else Nutrition released Else Super Cereal, a plant-based baby cereal, while Kerry completed its acquisition of Natreon.

This week’s NewsBite podcast details that the UK’s Food Standards Agency dismissed the ban of titanium dioxide. Meanwhile, according to US-based Prenexus Health, medicinal mushrooms may offer “tremendous promise” for the digestive health category. Research highlights there is little understanding about... Read More

«12345...8»
x
The current window is too small to properly display this website. Please consider resizing your browser window.